Book Review: In His Sights by L.A. Bryce 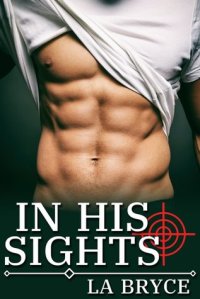 Blurb: Meet two men who need each other’s help but don’t realize it until it’s almost too late.

Noah is gay and terrified someone might find out. So much so that when he was blackmailed with pictures of himself with another man, instead of coming clean, he left his SEAL team without a word.

The other man is openly gay Mason, a former Marine and now part of the FBI’s Joint Terrorist Task force. It takes eight years after their first meeting in the desert for a chance event bring the two men together again. Now Noah must decide if he’s ready to accept who he is or if it’s easier to cut and run. Can they navigate the obstacles in their path to build a relationship? And why does the thought of that scare them more than investigating a group of terrorists?
END_OF_DOCUMENT_TOKEN_TO_BE_REPLACED 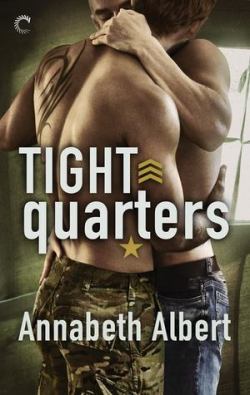 Blurb: Petty Officer Bacon, a navy SEAL and ace sharpshooter, has been on the front lines of more than his fair share of dangerous ops. Yet when a minor injury relegates him to the beta team, he’s tasked with what may be his riskiest assignment yet: the silver fox journalist he’s babysitting is the hottest, most charismatic man he’s ever encountered.

Award-winning journalist Spencer Bryant may have been named one of Pride magazine’s most eligible bachelors of the year, but he’s not looking to change his relationship status. He’s a consummate professional who won’t risk his ethics or impeccable reputation by getting involved with a source. Even a sexy-as-hell military man. But while Spencer can resist his physical attraction to Bacon, he has less control over his emotions—especially when the mission goes sideways and the two men are trapped alone.

Getting out of the jungle alive turns out to be easy compared to facing the truth about their feelings for one another back in the real world. And whether or not they can build a future is a different story altogether.
END_OF_DOCUMENT_TOKEN_TO_BE_REPLACED 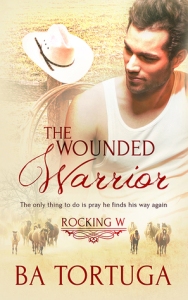 Blurb: When Luke’s lost everything, the only thing to do is head back home to the ranch and pray that he finds his way again.

When Navy SEAL Luke Blanchard comes back to Northeast Texas after a devastating injury, he feels like the whole world has gone dark. In a wheelchair and feeling worthless, Luke has no idea what to do, even as his twin brother Matt is determined to lift him up and help him heal.

Rory McConnell is a local prodigy, a real estate lawyer with a plan to buy up land before his bitter rival can collect it. When the Blanchard ranch goes into the red, he offers to buy out the debt. Luke backs his brother instead, but he doesn’t believe for a minute that Rory is a bad guy. No one that sexy and fun can be, right?

As Luke claws his way out of depression with a crazy idea to run a therapy ranch, he and Rory start to explore the need growing between them. Will Rory’s need for revenge against a man who damaged him forever come between them, or will it be the force which brings these two wounded men together for good?
END_OF_DOCUMENT_TOKEN_TO_BE_REPLACED

Posted on September 3, 2016 by thebloggergirls 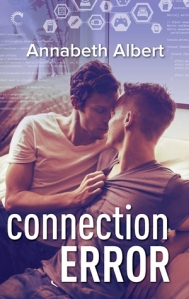 Blurb:  It’s typical of video game programmer Josiah Simmons to be the last one on the plane on the way to the biggest meeting of his career. Though he’s (mostly) coping with his ADHD, he can’t handle another distraction. But he also can’t ignore his rugged seatmate—especially once he learns the military man’s a fan of his game.

Ryan Orson refuses to let his severe injuries pause his career as a navy SEAL. He’s got hours of grueling physical therapy ahead of him, and no time for anything that might get in the way of his return to active duty. But that doesn’t mean he’s above a little first-class flirtation with geeky-cute Josiah.

When a delay strands the pair in St. Louis, they agree to share a hotel room and a night of gaming. Neither expects their new connection to move to the next level in the light of day. Opposites may attract, but is this game over before it’s even begun?

END_OF_DOCUMENT_TOKEN_TO_BE_REPLACED 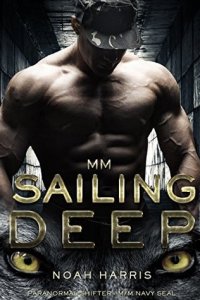 Blurb: Dylan frowned, “Who are you?” He demanded in a whisper.
“I’ll tell you later. For now, kiss me.”
He hadn’t thought that Blake could get any closer. He was wrong. Blake’s body seemed to melt against his, relaxing so that every curve, every line, every inch, was pressed together. He could feel it through the layers of clothing. When Blake kissed him this time, it was strangely slow. He captured Dylan’s lips and held them with a firm tenderness that made Dylan’s head spin. It had been so long since he had kissed anyone. It had been so long since he had been this close to anyone. He had forgotten what it felt like.
Dylan’s mission: assist his Navy SEAL team as they infiltrate enemy territory and gather Intel on the new shifter pack called the Shadow Pack through distant observation.

Blake’s mission: infiltrate and live within the Shadow Pack and gather any useful information and data from the inside as one of them.

One is a SEAL, and the other is a spy. Their missions were never supposed to cross, yet one fateful accident during a full moon intertwines their fates. Dylan finds himself in the middle of the Shadow Pack and under the charade that he’s Blake’s mate. They must learn to live and work together, or risk exposing both of their covers, and Dylan’s team. Blake is charming, flirty, cocky, and irritating; yet Dylan finds himself strangely drawn to the man. Blake’s strength of will and patience are put to the test, but Blake is patient, and he’s not willing to give up so easily.

END_OF_DOCUMENT_TOKEN_TO_BE_REPLACED 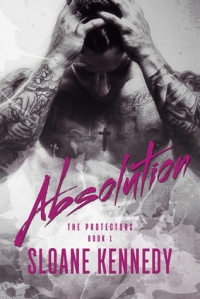 Blurb: After four years abroad, artist Jonas Davenport has come home to start building his dream of owning his own art studio and gallery. But just as he’s ready to put the darkness of his past behind him forever, it comes roaring back with a vengeance.

The only thing keeping ex-cop Mace Calhoun from eating his own gun after an unthinkable loss is his role in an underground syndicate that seeks to get justice for the innocent by taking the lives of the guilty. Ending the life of the young artist who committed unspeakable crimes against the most vulnerable of victims should have been the easiest thing in the world. So why can’t he bring himself to pull the trigger?

After years of fighting in an endless, soul-sucking war, Navy SEAL Cole Bridgerton has come home to fight another battle – dealing with the discovery that the younger sister who ran away from home eight years earlier is lost to him forever. He needs answers and the only person who can give them to him is a young man struggling to put his life back together. But he never expected to feel something more for the haunted artist.

Cole and Mace. One lives by the rules, the other makes his own. One seeks justice through the law while the other seeks it with his gun. Two men, one light, one dark, will find themselves and each other when they’re forced to stand side by side to protect Jonas from an unseen evil that will stop at nothing to silence the young artist forever.

Book Review: Topping the Alpha by Samantha A. Cole 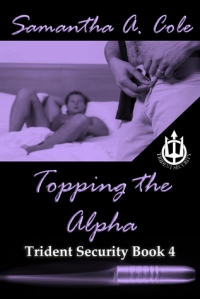 An old missing person’s case has Jake running to rescue a teenage girl and Nick volunteers to watch his back. But when things go awry, Jake must confront his past, before he can ever think about a future…one that, hopefully, includes Nick.
END_OF_DOCUMENT_TOKEN_TO_BE_REPLACED