Book Review: Fire in the Heart by Hailey Turner

Staff Sergeant Alexei Dvorkin has come a long way since being turned into a metahuman, and all he wants to do is marry the man he loves. A wedding is easy, but it’s the honeymoon where his past unexpectedly catches up with him.

All Agent Sean Delaney wanted was a romantic honeymoon with his new husband. When he and Alexei stumble into a fellow operative’s mission on the luxury gambling resort island Fortuna-sur-mer, they get more than they bargained for in their newly-minted civilian lives.

Forced to choose between staying and joining the mission or leaving to stay safe and postpone their honeymoon, Alexei and Sean make the only decision they can—to fight.
END_OF_DOCUMENT_TOKEN_TO_BE_REPLACED 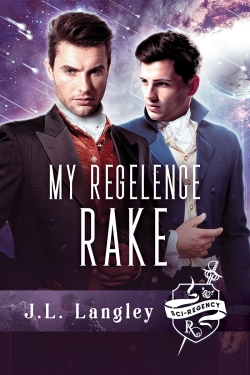 Blurb: Sebastian Hastings, Viscount Wentworth, is captain of the Royal Guard by day and scandalous rake by night. To protect the royal family of Regelence from the plots of the Intergalactic Navy, Sebastian makes it his priority to personally oversee their safety.

Prince Colton Townsend is done pining after the roguish viscount and focuses his attention on his second love—horses. Following his dream of owning a racehorse breeding farm distracts Colton from his heartache… until Sebastian begins shadowing him.

When a good deed at a horse auction sparks public rumors, Colton just might get the man and the marriage he’s longed for. But Sebastian’s duties and secrets keep him walled off from those who would get close.

To reach Sebastian, Colton takes one last risk that might break his heart….  END_OF_DOCUMENT_TOKEN_TO_BE_REPLACED 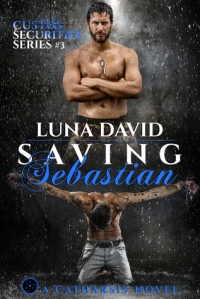 Temporarily sidelining his career as a tattoo artist, Sebastian Phillips works as a composite artist for the local police department. To alleviate the inescapable burden of a congenital medical condition, he immerses himself in his art and seeks the catharsis of submission. But with life weighing heavily on his shoulders and darkness encroaching, he yearns for a contract with a Dominant that sees past the protective barriers he’s erected to the vulnerable submissive within.

When happenstance brings Gideon and Sebastian together, their connection is undeniable. The knowledge that they are both too damaged to form permanent bonds of love causes them to rely on an impersonal contract to fulfil their physical needs. But staying emotionally detached becomes impossible, and breaking their contract seems the only option. Will Gideon’s need for vengeance and Sebastian’s declining health destroy what’s grown between them, or will they help each other find their way back into the light?
END_OF_DOCUMENT_TOKEN_TO_BE_REPLACED

Book Review: The Dark Side by Laura Baumbach 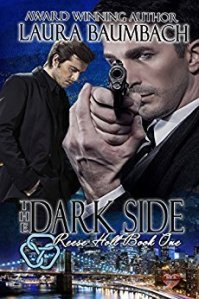 Blurb: Kidnap victim Alex Throne literally drops into the arms of security specialist Reese Holt, pulling Holt into a battle against a ruthless drug cartel, personal betrayal, and a specter from Holt’s CIA past.

Holt agrees to put his team of specialists on the trail of Alex’s assailants while he takes on the personal job of protecting the life he inadvertently saved, motivated, in part, by a romantic attraction.

Keeping his mind on protecting Alex could prove difficult, especially when he can’t keep his mind off Alex’s body.
END_OF_DOCUMENT_TOKEN_TO_BE_REPLACED

Blurb: Elliot McKenzie is the king of reinvention. Five years after losing his job and his lover and almost going to prison, his self-help program, Charmed Life, is more successful than he’d ever dreamed. He thinks he’s put his sordid past firmly behind him, until he starts receiving cryptic threats . . . and realizes it might not be as over as he’d hoped.

Security expert Lennox West has been lost since a deadly skirmish in Afghanistan led to his forced retirement from the Army. His PTSD makes helping his ex raise their daughter a challenge. When his ex’s sister asks him to set her boss up with a security system, Lennox isn’t expecting anyone like Elliot McKenzie—a man who captures his attention and makes him feel relaxed for the first time since leaving the service.

But Elliott is dangerously stubborn. Even as the threats against him escalate, he refuses to involve the police, and Lennox fears that stubbornness could kill him. A battle of wills ensues that brings them closer to each other than either man expected. But if the threats turn real, they might not live long enough to get their future together.
END_OF_DOCUMENT_TOKEN_TO_BE_REPLACED

Posted on September 16, 2016 by thebloggergirls 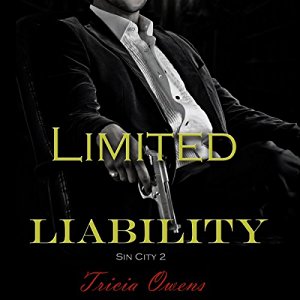 Blurb: Sequel to Becoming Elite. Ethan now lives in Las Vegas with his lover, the dominant Maxmillian Poole. But he’s frustrated because he’s not working. That changes when a businessman with ties to the mob forces Max to hire Ethan at the Elite Poole where Max has trouble separating business from pleasure. Ethan is supposed to be Max’s secret, but he may not be for long.
END_OF_DOCUMENT_TOKEN_TO_BE_REPLACED

Posted on September 4, 2016 by justjenbo

Blurb: To have the man of his dreams, he may have to give up his own…

Ethan Winter has known since he was a kid that he wants to work for the FBI. Until then he’s stuck modeling underwear and photographing cheating spouses for a private investigator. But when a trip to Las Vegas for a security conference brings him into contact with the magnificently dominant Maxmillian Poole, Ethan finds himself faced with a dilemma: pursue his childhood dream or become the partner of a man who seems to know him inside and out and who offers a life any submissive would crawl for.
END_OF_DOCUMENT_TOKEN_TO_BE_REPLACED

Book Review: Topping the Alpha by Samantha A. Cole

An old missing person’s case has Jake running to rescue a teenage girl and Nick volunteers to watch his back. But when things go awry, Jake must confront his past, before he can ever think about a future…one that, hopefully, includes Nick.
END_OF_DOCUMENT_TOKEN_TO_BE_REPLACED