Posted on October 11, 2017 by thebloggergirls

Blurb: Hope can be found in unexpected places.

Lonely, still struggling with his divorce, and suffering from writer’s block, successful thriller author Fred spends much more time in an all-night Denny’s than is healthy for any man. It’s the last place he thought he’d meet someone like Callum, who has literally run away from the internationally famous boy band Leos.

Despite their age difference, the two become friends, and their long nights of soul-searching might help them find the courage to face their problems: Fred’s deteriorating relationship with his daughter and Callum’s career issues. It’s easy for their lives to tangle together, and each might provide the other the means to move beyond the past—even if it’s not a journey they can take together.
END_OF_DOCUMENT_TOKEN_TO_BE_REPLACED

Blurb: Elliot McKenzie is the king of reinvention. Five years after losing his job and his lover and almost going to prison, his self-help program, Charmed Life, is more successful than he’d ever dreamed. He thinks he’s put his sordid past firmly behind him, until he starts receiving cryptic threats . . . and realizes it might not be as over as he’d hoped.

Security expert Lennox West has been lost since a deadly skirmish in Afghanistan led to his forced retirement from the Army. His PTSD makes helping his ex raise their daughter a challenge. When his ex’s sister asks him to set her boss up with a security system, Lennox isn’t expecting anyone like Elliot McKenzie—a man who captures his attention and makes him feel relaxed for the first time since leaving the service.

But Elliott is dangerously stubborn. Even as the threats against him escalate, he refuses to involve the police, and Lennox fears that stubbornness could kill him. A battle of wills ensues that brings them closer to each other than either man expected. But if the threats turn real, they might not live long enough to get their future together.
END_OF_DOCUMENT_TOKEN_TO_BE_REPLACED

Book Review: Nobody But You by Jill Shalvis

After an overseas mission goes wrong, Army Special Forces officer Jacob Kincaid knows where he must go to make things right: back home to the tiny town of Cedar Ridge, Colorado. All he needs to scrub away his painful past is fresh mountain air, a lakeside cabin, and quiet solitude. But what he discovers is a gorgeous woman living on a boat at his dock.

Sophie Marren has nowhere else to go. She’s broke, intermittently seasick, and fighting a serious attraction to the brooding, dishy, I’m-too-sexy-for-myself guy who’s now claiming her dock. Something about Jacob’s dark intensity makes her want to tease—and tempt—him beyond measure. Neither one wants to give any ground . . . until they realize the only true home they have is with each other.
END_OF_DOCUMENT_TOKEN_TO_BE_REPLACED

Posted on December 31, 2015 by thebloggergirls

Blurb:  Ex-business owner and soon to be ex-husband Jake has had some rotten luck of late. His world is tumbling down around him, but it’s time to dust himself off and move on. Buying and fixing up the most dilapidated home he can find might be just the thing to get him back on track.

But Jake gets more than he bargained for when he meets former lawyer turned landscaper Dakota. Dakota is smart and ridiculously sexy—and Jake doesn’t have a clue how to act around him. After several gardening mishaps, Jake is sure Dakota thinks he’s completely inept.

Turns out Dakota is thinking something else entirely. And as Dakota gives Jake advice, an ear to listen, and helps him work through his issues, Jake realizes flowers aren’t the only thing blooming between them.
END_OF_DOCUMENT_TOKEN_TO_BE_REPLACED

Book Review: Let the Wrong Light In by Avon Gale

Blurb:  Avery Hextall, a junior architect at a prestigious firm, is thrilled when his design is chosen for a new performing-arts center—even if it means working closely with his insufferably uptight project manager, Malin Lacroix. When a chance encounter in the boss’s office proves that Lacroix is anything but cold, Avery is determined to learn more about the real man beneath the aloof veneer.

Despite their growing attraction and their increasingly kinky encounters, the enigmatic Malin remains as emotionally distant as ever. Worse, Avery’s friends are convinced Malin thinks of Avery as a dirty secret and nothing more—a secret that might destroy both of their careers.

But the real secret is a single moment in time that haunts Malin and keeps him from committing to the life he wants with Avery. In order to move on, Avery must help Malin come to terms with the tragedy in his past before they can work on building a future together.
END_OF_DOCUMENT_TOKEN_TO_BE_REPLACED

Posted on September 16, 2015 by thebloggergirls 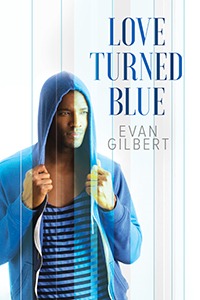 Blurb:  After a strained and unfulfilling marriage to a woman, contractor Slade Thompson has had some very hot sex with some very hot men. But none of them have come close to giving Slade what he really wants—love and commitment. When he meets auto mechanic Bruno Ross, Slade finally finds a man who desires a dedicated relationship as much as he does. But Slade’s thirteen-year-old son Kent is spiraling out of control as he struggles through the emotional fallout from the divorce. It’s too bad Bruno doesn’t like kids, and isn’t at all sure he wants to be around a hostile boy who blames his gay dad for tearing his family apart.

Bruno has baggage of his own. He broke up with Davis, his partner of eleven years, only five months before he met Slade. It quickly becomes obvious that, despite his strong feelings for Slade, Bruno hasn’t quite broken his emotional ties to his past with Davis. Mutual desire—no matter how strong—might not be enough to hold their budding romance together.

END_OF_DOCUMENT_TOKEN_TO_BE_REPLACED

Early Book Review: One of These Nights by Kendra Leigh Castle

Posted on August 28, 2015 by thebloggergirls

Blurb:  Moving to Harvest Cove has been like a dream come true for Zoe Watson, providing her with a job she loves and close friends she considers practically family. The only problem: a certain prickly—albeit handsome—park ranger who can’t seem to help tracking mud into her art gallery…or showing up in her dreams.

Jason Evans swore off relationships the day his ex-wife walked out the door, and the local gallery owner is no exception. But when an accident forces him to accept the one thing he hates most in the world—help—he discovers that with Zoe in his life, there are more highs than lows. Despite their long-simmering attraction, neither Jason nor Zoe thinks that two people with so little in common could possibly have a future together. But one of these nights, they may just discover how alike they are.…
END_OF_DOCUMENT_TOKEN_TO_BE_REPLACED

Posted on January 29, 2015 by thebloggergirls

Blurb:  One hot ginger. One cool blond. The result is anything but lukewarm.
Out and proud from a tender age, Olly Blackwood is content with life in LA, working at a Hollywood gourmet grocery. There’s only one thing missing: romance. He’s had his fill of casual hook-ups. He wants a man for keeps, and he wants sparks.

He certainly gets them when he meets Rich Willson, who has the stormy temper to go with his fiery hair. But is he keeper material? He might be if only he’d come out of the closet.

After losing his disapproving father, his job, his girlfriend, and pretty much all his money, Rich packed up his secrets and moved to his actress sister’s house to regroup and help her renovate. He doesn’t like the curmudgeon he’s become, but something about the perpetually cheerful Olly rubs him in a way that should be wrong, yet feels pretty damned right.

Over paint buckets and sanding tools, Rich finds Olly getting deeper under his skin. But when an altercation with a paparazzo comes back to haunt him, he finds that sordid Hollywood secrets can be murder maybe his own.

Early Review: The Half of Us by Cardeno C.

Posted on October 9, 2014 by thebloggergirls

Blurb: Short-tempered, arrogant heart surgeon Jason Garcia grew up wanting a close-knit family, but believes he ruined those dreams when he broke up his marriage. The benefit of divorce is having as much random sex as he wants, and it’s a benefit Jason is exploiting when he meets a sweet, shy man at a bar and convinces him to go home for a no-strings-attached night of fun.

Eight years living in Las Vegas hasn’t dimmed Abe Green’s optimism, earnestness, or desire to find the one. When a sexy man with lonely eyes propositions him, Abe decides to give himself a birthday present—one night of spontaneous fun with no thoughts of the future. But one night turns into two and then three, and Abe realizes his heart is involved.

For the first time, Abe feels safe enough with someone he respects and adores to let go of his inhibitions in the bedroom. If Jason can get past his own inhibitions and open his heart and his life to Abe, he might finally find the family he craves.
END_OF_DOCUMENT_TOKEN_TO_BE_REPLACED

Posted on August 7, 2014 by thebloggergirls 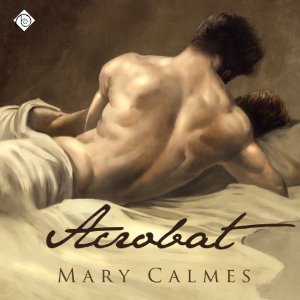 Blurb:  Forty-five-year-old English professor Nathan Qells is very good at making people feel important. What he’s not very good at is sticking around afterward. He’s a nice guy; he just doesn’t feel things the way other people do. So even after all the time he’s spent taking care of Michael, the kid across the hall, he doesn’t realize that Michael’s mob muscle uncle and guardian, Andreo Fiore, has slowly been falling in love with him. Dreo has bigger problems than getting Nate to see him as a potential partner.

He’s raising his nephew, trying to leave his unsavory job, and starting his own business, a process made infinitely more difficult when a series of hits takes out some key underworld players. Still, Dreo is determined to build a life he can be proud of – a life with Nate as a cornerstone. A life that is starting to look like exactly what Nate has been seeking. Unfortunately for Dreo – and for Nate – the last hits were just part of a major reorganization, and Dreo’s obvious love for Nate has made him a target too. END_OF_DOCUMENT_TOKEN_TO_BE_REPLACED