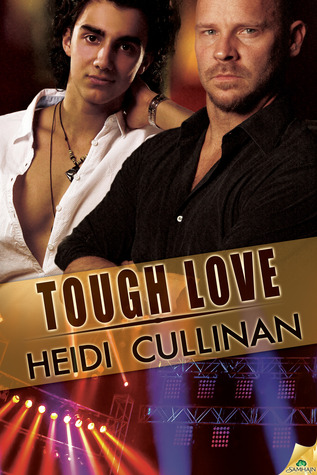 Blurb: Crescencio “Chenco” Ortiz pulled himself up by his garter straps after his father’s will yanked the financial rug from under his spank-me pumps. He doesn’t need anyone, yet when Steve Vance steps into his life, the prospect of having a sexy leather daddy on tap begins to take on a certain appeal.

END_OF_DOCUMENT_TOKEN_TO_BE_REPLACED

Early Review: The Cross and the Trinity by Elizabeth Lister 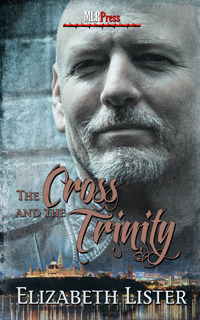 Tate and Sebastian are having trouble maintaining a successful monogamous relationship. When trust is betrayed and old friends reappear, the men are faced with the challenge of making things work or changing the way they will be together. Nobody ever said relationships were easy, and when sexy Dom James Lucas swoops in at the right time, things get even more complicated. Or do they? Do gay men have to tow the traditional line, or is there room for a new definition of true love?

Note: This book is the sequel to Byeond the Edge. END_OF_DOCUMENT_TOKEN_TO_BE_REPLACED

Sleuth Week Review: The Psychic and the Sleuth by Bonnie Dee and Summer Devon

Blurb: Trusting a psychic flash might solve a mystery…and lead to love.

Inspector Robert Court should have felt a sense of justice when a rag-and-bones man went to the gallows for murdering his cousin. Yet something has never felt right about the investigation. Robert’s relentless quest for the truth has annoyed his superintendent, landing him lowly assignments such as foiling a false medium who’s fleecing the wives of the elite.

Oliver Marsh plays the confidence game of spiritualism, though his flashes of insight often offer his clients some comfort. Despite the presence of an attractive, if sneering, non-believer at a séance, he carries on—and experiences a horrifying psychic episode in which he experiences a murder as the victim.

There’s only one way for Court to learn if the young, dangerously attractive Marsh is his cousin’s killer or a real psychic: spend as much time with him as possible. Despite his resolve to focus on his job, Marsh somehow manages to weave a seductive spell around the inspector’s straight-laced heart.

Gradually, undeniable attraction overcomes caution. The two men are on the case, and on each other, as they race to stop a murderer before he kills again.