Heahter C:  It’s here.  It’s finally here!!  This past May at the Romantic Times Convention in New Orleans, I was hanging out with Susan from Boys in our Books and she was telling me all about this project she was putting together for charity.  She asked if I would help promote it here at TBG.  The project?  An all M/M historical romance anthology from a handful of my favorite authors!  Ack!!  Imagine how excited I was when historical romance is almost the only thing I read these days!  I’m kinda disappointed in myself that I didn’t have the time read and review by today (release day).  But I’ve read and loved all of these authors so that is a pretty certain indication about how great this collection will be.  Go ahead…sample these awesome authors and help raise money for AllOut.org.  Have you gotten our copy yet?

About Another Place in Time

Welcome to another place in time…where one can be swept away into lands and eras long forgotten.

Included in this anthology:

The post-war economy is at a standstill, much like Foster Wetherly’s life until he’s forced to do battle with irritatingly confident—and competent—fellow ex-doughboy Casey Gladwin for a position in their shrinking department at Manhattan Security Mutual.

Lysander Winterbourne appears to lead a charmed life. Handsome, amiable, and a renowned sportsman, he is the darling of London society. As far as Adam Freeman is concerned though, Lysander is just another spoiled aristocrat.

A wealthy mill owner, Adam has no time for the frivolous world of the ton, but when his younger brother becomes engaged to Althea Winterbourne, he reluctantly agrees to be introduced to society–with the Winterbourne clan’s golden boy as his guide.

Resigning himself to a few days of boredom, Adam is surprised to learn that there is much more to Lysander than his perfect surface. But will Adam have the courage to introduce Lysander Winterbourne to his own secret self?

“The Ruin of Gabriel Ashleigh” by KJ Charles

Lord Gabriel Ashleigh is a ruined man. Last night he lost everything at the card tables to his brother’s worst enemy, notorious gambler Francis Webster. Tonight, he’s going back for one more game. Ash thinks he has nothing left to lose. But Francis sets the stakes, and they’re higher than Ash could have imagined…

Two Regency bucks. One game of cards. Everything to play for.

“Unfair in Love and War” by Kaje Harper

Many men lost brothers overseas in the summer of 1944. Warren Burch was one of them. For months he still clung to his big city life in Philadelphia, but finally he’s made the difficult choice to return to his home town. Warren’s polio-stricken leg won’t let him serve, so the least he can do is be there for his mother, when brother Charlie never again will. Arriving home means a whole new life, constrained by the rhythms and prejudices of a small town. Fortunately, it’s made more interesting by the mysterious and attractive young man next door.

When a child goes missing, is it a simple case of a young runaway, or are more sinister forces at work?

“Carousel” is part of the Whyborne & Griffin series and takes place between the events of Stormhaven and Necropolis. It can be read as a standalone.

This is a re-vamped, re-edited, improved version of “Deliverance”. It’s about William Raven, a templar, who thought he’d escaped his past. (Same character as in The Lion of Kent.)

Along with a foreword written by Alex Beecroft, enjoy these original short stories that make up “Another Place in Time”.

All proceeds from the purchase of this anthology will be donated to AllOut.org in celebration of LGBT History Month, October 2014.

Connect with the Authors

In this blog tour giveaway, there’s a few different prizes to win! These include: 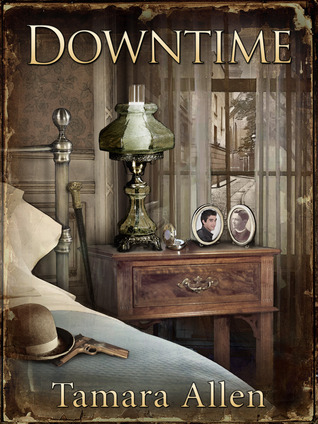 Blurb: FBI Agent Morgan Nash is on assignment in London when his case goes awry and he finds himself moments away from a bullet through the heart. But fate has other plans: Morgan is knocked out pursuing a suspect… and wakes up in 1888.While cataloging ancient manuscripts at the British Museum, Ezra Glacenbie accidentally pulls Morgan out of the twenty-first century–an impromptu vacation that may become permanent for Morgan if they can’t locate the spellbook Ezra used. Further hampering Morgan’s quest to get home is the irresistible temptation to investigate history’s most notorious serial killer. But in repressive Victorian London, the unexpected romance blossoming between Morgan and Ezra becomes the most dangerous complication of all. END_OF_DOCUMENT_TOKEN_TO_BE_REPLACED