Posted on November 17, 2018 by thebloggergirls

Blurb: Luke Lafontaine survived the past year by not thinking about the father he lost, the dairy farm he couldn’t save from bankruptcy, or his way of life that vanished with the rap of an auctioneer’s hammer. Cleaning up city folks’ trash at the Minnesota State Fair is just another dead-end job. But at the Fair, surrounded by a celebration of farm life, ambitions he’d given up on and buried deep start to revive. And seeing Mason Bell in the parade—gorgeous, gay, out-of-his-league Mason—stirs other buried dreams.

Mason left his hometown for college in Minneapolis without looking back. Student life is fun, classes are great, gay guys are easy to find, but it’s all a bit superficial. He’s at the State Fair parade route with his band when he realizes a scruffy maintenance worker is Luke, his secret high school crush. Luke should be safely home working on his dad’s farm, not picking up litter. Mason wishes he hadn’t fallen out of touch. He’s an optimist, though, and it’s never too late for second chances. Now he just has to convince Luke.
END_OF_DOCUMENT_TOKEN_TO_BE_REPLACED

Blurb:  Stepping out of the closet as a gay man may be a walk in the park, compared to coming out as a werewolf.

From the moment artist Dylan Shore arrives in Chicago, his life gets twisted like a kaleidoscope. Why does a street gang he’s never met before want him dead? Why is a hot but odd mathematician stalking him? And how can half the things Alex Corwin says possibly be true, no matter how honest he seems?

Alex has a frightening dilemma. Dylan is attractive, appealing, out and proud. He’s also completely unaware that he’s a werewolf. It shouldn’t be Alex’s job to tell him, and warn him that gay wolves usually end up dead. But someone has to, before he finds out in blood and violence.

Chicago’s not Alex’s home town, but somehow he needs to protect Dylan from the local packs, protect the Packs from being outed by Dylan, and keep his cool around the first man to touch his own deeply-closeted heart.
END_OF_DOCUMENT_TOKEN_TO_BE_REPLACED

Posted on January 9, 2017 by thebloggergirls

Ethan Sjulstad knows life is making him crazy when a solo hike into the Minnesota Boundary Waters seems reasonable. Then a bad fall leaves him seriously hurt and facing death. Delirious, he hallucinates being rescued by a big grey wolf and a naked woodland godling. For a man who has always loved fantasy, it’s worth surviving just to find out what the hell is going on.
END_OF_DOCUMENT_TOKEN_TO_BE_REPLACED

Werewolf packs traditionally stay aloof from one another, but gossip still spreads like wildfire. Whispers and rumors about Simon and his mate-bonded male lover, and the pack’s experiences with human were-hunters, are still making the rounds. Aaron, the Alpha of Minneapolis West, would love to see his pack’s fame fade into the past. But the arrival of two strange wolves makes it clear that for some outsiders, his pack is still considered a pariah, or a threat. For others, it has unwanted appeal.
END_OF_DOCUMENT_TOKEN_TO_BE_REPLACED

Posted on November 24, 2016 by thebloggergirls

Blurb:  Becoming Alpha made Aaron responsible for protecting his new pack against outside threats, but fighting his own desires might pose an even bigger challenge.

When Aaron took down a crazy dominant wolf and inherited half a pack, he knew the Alpha job wasn’t going to be easy. A week later, he’s finding out what an understatement that was. Having a gay wolf in his pack brings lethal threats from other werewolves. Then humans locate his wolves and move in to try to capture and exploit one of them. Aaron has enough pressure and demands without letting his long-suppressed sexuality escape his rigid control. But keeping his distance from a young man who appeals to all his senses could be Aaron’s biggest challenge.
END_OF_DOCUMENT_TOKEN_TO_BE_REPLACED

Blurb:  Paul Hunter just spent two days as a captive to werewolves, his life hanging in the balance, a witness to crimes and craziness. Now he’s back in his regular life, and living with Simon, the man he’s been falling for. And he’s part of a werewolf pack. He needs his brain to somehow catch up with all of that.

Simon thought saving his human mate from his own pack would be the hardest thing he’d face with Paul, but he’s beginning to realize that was just the beginning. He has to figure out how their future will work, and convince his skittish lover that staying with the pack is better than leaving it, while hints of threats to Paul’s safety keep him awake at night. Fortunately Simon is up for the challenge.
END_OF_DOCUMENT_TOKEN_TO_BE_REPLACED

Posted on November 9, 2016 by thebloggergirls

Blurb:  Simon Conley was born a werewolf, making him one of a tiny minority in a sea of vanilla humans. The safety of the pack lies in absolute secrecy, sometimes violently enforced. In a species where pack-members are born and not made, being gay is considered a perversion. So when Simon falls in love with a human man, he’s twice damned. Even his Alpha’s grudging tolerance may not be enough to shield him from the hatred of the other top wolves. Then his lover Paul stumbles across pack secrets Simon was sworn to keep, and if the pack finds out, they may both end up dead.
END_OF_DOCUMENT_TOKEN_TO_BE_REPLACED

Book Review: Gift of the Goddess by Kaje Harper

Blurb:  Desperate times call for desperate measures. Garvin’s lover Nyle has been kidnapped by a band of soldiers in need of a smith. In the king’s army, that means he’ll serve until he’s dead, and Garvin will be damned if he’ll let that happen. But Garvin’s a small, slight man without the skills to follow and take on trained soldiers. For the first time in his life, Garvin prays to the Goddess for help, for enough guidance to get him to Nyle, so he can do whatever it takes to rescue the man he loves. And the Goddess answers him.

Heahter C:  It’s here.  It’s finally here!!  This past May at the Romantic Times Convention in New Orleans, I was hanging out with Susan from Boys in our Books and she was telling me all about this project she was putting together for charity.  She asked if I would help promote it here at TBG.  The project?  An all M/M historical romance anthology from a handful of my favorite authors!  Ack!!  Imagine how excited I was when historical romance is almost the only thing I read these days!  I’m kinda disappointed in myself that I didn’t have the time read and review by today (release day).  But I’ve read and loved all of these authors so that is a pretty certain indication about how great this collection will be.  Go ahead…sample these awesome authors and help raise money for AllOut.org.  Have you gotten our copy yet?

About Another Place in Time

Welcome to another place in time…where one can be swept away into lands and eras long forgotten.

Included in this anthology:

The post-war economy is at a standstill, much like Foster Wetherly’s life until he’s forced to do battle with irritatingly confident—and competent—fellow ex-doughboy Casey Gladwin for a position in their shrinking department at Manhattan Security Mutual.

Lysander Winterbourne appears to lead a charmed life. Handsome, amiable, and a renowned sportsman, he is the darling of London society. As far as Adam Freeman is concerned though, Lysander is just another spoiled aristocrat.

A wealthy mill owner, Adam has no time for the frivolous world of the ton, but when his younger brother becomes engaged to Althea Winterbourne, he reluctantly agrees to be introduced to society–with the Winterbourne clan’s golden boy as his guide.

Resigning himself to a few days of boredom, Adam is surprised to learn that there is much more to Lysander than his perfect surface. But will Adam have the courage to introduce Lysander Winterbourne to his own secret self?

“The Ruin of Gabriel Ashleigh” by KJ Charles

Lord Gabriel Ashleigh is a ruined man. Last night he lost everything at the card tables to his brother’s worst enemy, notorious gambler Francis Webster. Tonight, he’s going back for one more game. Ash thinks he has nothing left to lose. But Francis sets the stakes, and they’re higher than Ash could have imagined…

Two Regency bucks. One game of cards. Everything to play for.

“Unfair in Love and War” by Kaje Harper

Many men lost brothers overseas in the summer of 1944. Warren Burch was one of them. For months he still clung to his big city life in Philadelphia, but finally he’s made the difficult choice to return to his home town. Warren’s polio-stricken leg won’t let him serve, so the least he can do is be there for his mother, when brother Charlie never again will. Arriving home means a whole new life, constrained by the rhythms and prejudices of a small town. Fortunately, it’s made more interesting by the mysterious and attractive young man next door.

When a child goes missing, is it a simple case of a young runaway, or are more sinister forces at work?

“Carousel” is part of the Whyborne & Griffin series and takes place between the events of Stormhaven and Necropolis. It can be read as a standalone.

This is a re-vamped, re-edited, improved version of “Deliverance”. It’s about William Raven, a templar, who thought he’d escaped his past. (Same character as in The Lion of Kent.)

Along with a foreword written by Alex Beecroft, enjoy these original short stories that make up “Another Place in Time”.

All proceeds from the purchase of this anthology will be donated to AllOut.org in celebration of LGBT History Month, October 2014.

Connect with the Authors

In this blog tour giveaway, there’s a few different prizes to win! These include: 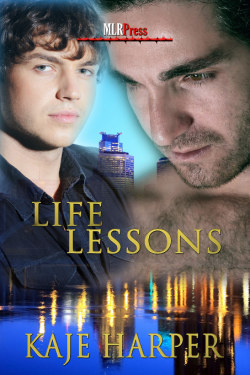 Blurb: Tony Hart’s life has been quiet lately. He has good friends and a rewarding teaching job. Then the murdered body of another teacher falls into the elevator at his feet, and Tony’s life gets a little too exciting.