Blurb:  Brian Keppler, owner of Ground N’At, the coffee shop beneath SR Anderson Consulting, doesn’t have time for a relationship. His most recent girlfriend broke up with him because he’d become married to his shop, which is falling apart without his favorite barista, Justin.

As he struggles to stay afloat, the arrival of handsome British high-tech whiz Robert Ancroft becomes another complication. Rob quickly becomes a fixture at the shop with his sharp wit and easy charm, and Brian soon finds himself looking forward more and more to Rob’s visits—to the point where his heart skips a beat when he walks in.

But will Brian be able to come to terms with his previously unexplored sexual identity and find happiness now that he has a chance?
END_OF_DOCUMENT_TOKEN_TO_BE_REPLACED 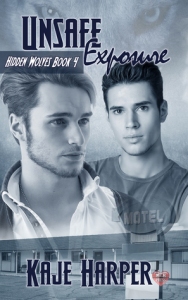 Blurb:  Stepping out of the closet as a gay man may be a walk in the park, compared to coming out as a werewolf.

From the moment artist Dylan Shore arrives in Chicago, his life gets twisted like a kaleidoscope. Why does a street gang he’s never met before want him dead? Why is a hot but odd mathematician stalking him? And how can half the things Alex Corwin says possibly be true, no matter how honest he seems?

Alex has a frightening dilemma. Dylan is attractive, appealing, out and proud. He’s also completely unaware that he’s a werewolf. It shouldn’t be Alex’s job to tell him, and warn him that gay wolves usually end up dead. But someone has to, before he finds out in blood and violence.

Chicago’s not Alex’s home town, but somehow he needs to protect Dylan from the local packs, protect the Packs from being outed by Dylan, and keep his cool around the first man to touch his own deeply-closeted heart.
END_OF_DOCUMENT_TOKEN_TO_BE_REPLACED

Book Review: Outside the Lines by A.R. Barley

Posted on October 29, 2016 by thebloggergirls

Blurb:  Falling for the drag queen next door

Mitch Dalton can’t stop fantasizing about his sexy and confident drag queen neighbor. He wants to make a move, but he’s had a lot less experience with men and isn’t sure Chi-Chi would be interested in a guy who’s never gone all the way—let alone a widower and struggling single father. And when Mitch’s child care falls through, he needs Chi-Chi’s help more than he needs a boyfriend.

Chi-Chi Ramirez has his own struggles: getting his degree one class at a time, working too many jobs and performing at a nightclub to make his Broadway dreams come true. Mitch’s offer of a nanny position is too good to pass up, even if seeing Mitch every day and not being able to touch him is torture. But when even a simple handshake feels like pure sex, soon touching is all either of them can think about.

A one-night stand, a quick fling—that’s all Chi-Chi can give if he’s going to leave town for New York City. But once they finally get a taste of each other, what if Mitch wants more?
END_OF_DOCUMENT_TOKEN_TO_BE_REPLACED

Blurb:  It’s been almost a year since a disastrous bet dropped Blaine McKlintock and his best friend, Kent Samson in hot water. Now, Kent is getting ready to propose to Terry Barron. Blaine couldn’t be happier for his best friend, but when Kent asks Blaine to plan the wedding, Blaine is thrown for a loop, especially when Kent drops another bomb. Spencer Cassidy will be helping. Blaine remembers Spencer very well, but the former Wall Street force doesn’t seem to remember him. Blaine’s changed a lot since the bet, but will Spencer see it too?
END_OF_DOCUMENT_TOKEN_TO_BE_REPLACED

Posted on September 29, 2016 by thebloggergirls 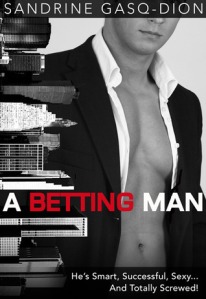 Blurb:  How bad could one harmless bet be? Kent Samson is about to find out. Raised in Alabama, Kent has hidden his past and now loves his life as a big time ad exec for a prestigious advertising company in New York. But when he makes a bet with his best friend, Blaine, Kent is thrown for a loop—for Kent has to make the next person to walk through the door fall in love with him.

Terry Barron is hiding out in New York. Raised in England in a wealthy family, Terry escapes to New York to avoid arranged marriages and the lifestyle he’s grown to hate. When he delivers a package to an advertising firm, he meets the unbelievably sexy Kent Samson. Suddenly, secrets and lies complicate everything and both men find themselves in uncharted waters. How will Terry feel when Kent is revealed as a betting man?
END_OF_DOCUMENT_TOKEN_TO_BE_REPLACED

Posted on July 3, 2016 by thebloggergirls 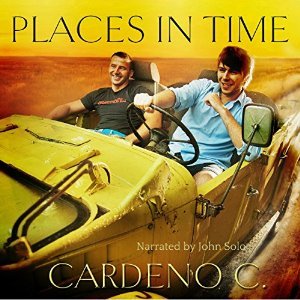 Blurb: A relationship-challenged actor unexpectedly finds love in the arms of his childhood best friend.

“Sexiest Man Alive” and Golden Globe-winning actor Ethan Baker lights up the screen but fizzles in his personal life. When his latest girlfriend breaks up with him, Ethan turns to his one “forever” person – Jude Harrison. But as Ethan makes the familiar drive to his best friend’s house, an unexpected detour and a bewildering passenger take him through places in time he’d long forgotten. Suddenly, Ethan sees Jude’s actions over the years from a different perspective, but it’s his own reaction that’s the biggest surprise.
END_OF_DOCUMENT_TOKEN_TO_BE_REPLACED 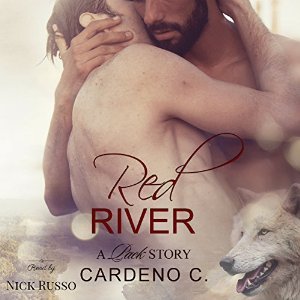 Blurb: Two Alpha shifters join together to lead their pack and build a family.

Commitment, loyalty, and strength aren’t enough to make Wesley Stone’s birth pack accept an Alpha with a physical imperfection, even if it’s a meaningless mark. Putting the safety of his pack above his own wellbeing, Wesley trades himself for another Alpha and agrees to mate with a stranger in a mysterious, insular pack.

Alphas from Jobe Root’s family have led the Red River pack from the first day shifters walked the earth. Now the time has come for Jobe to fulfill his destiny, but to do that, he needs his mate by his side. Spiritual, easygoing Jobe reveres Mother Nature and trusts in fate, yet he can’t help being nervous about how his mate will react to his new life in Red River, his new life with Jobe.

Two Alphas with contrasting personalities, different upbringings, and divergent beliefs come together for the good of their packs. But to stay together, Wesley and Jobe must see beyond the surface and embrace every facet of themselves and their union.
END_OF_DOCUMENT_TOKEN_TO_BE_REPLACED 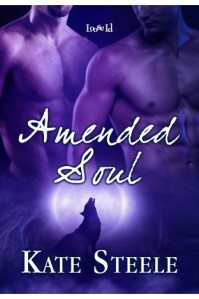 Blurb:  Jamie Hardin has been both blessed and cursed. His first marriage was ideal until his beloved wife’s passing. His second became a horror story that resulted in his sixteen year old son disappearing from his life for two torturous years. Now divorced and reunited with Rio, who has since become a werewolf and mate to Mick Matranga, Jamie has begun a new chapter in his life.

Uprooting himself and his adopted son, Jack, to be near his eldest child, Jamie is looking forward to reestablishing his relationship with Rio, and setting up his optometry practice. What he hadn’t counted on was a very sexy werewolf taking more than a shine to him.

Jed Matranga has made it his business to alleviate the guilt Jamie feels for the hardships Rio has endured, and to raise his spirits along with certain body parts Jamie was sure had given up the ghost. Though far from objecting to the heat between them, Jamie is unsure he deserves to be happy again. It will take a very determined person to show Jamie that old hurts can be laid to rest, and new delights should be embraced without reservation. For a very simple reason, Jed has appointed himself to be that person; Jamie is his mate, and accepted or not, Jed will do everything he can to return the joy to Jamie’s life.
END_OF_DOCUMENT_TOKEN_TO_BE_REPLACED

Posted on May 5, 2016 by thebloggergirls

Blurb:  ER doctor Dusty Lowry grew up in a conservative rural Texas family that has never quite forgiven him for staying in New Mexico after his stint in the Army. Paramedic Nate Miller, Dusty’s best friend since their early Army days, has a hippie momma, a tiny apartment, and is in lust with his buddy. When their other Army friend, Kyle, gets married, they start thinking about settling down. In fact, they both know what they want: each other. Too bad they’ve never shared that goofy little fact.

A trip to visit Dusty’s family in Texas changes everything, and Dusty and Nate aren’t sure where to go from there. Good thing they’re smart guys, and between a series of bombings that target first responders, their friend Kyle’s wife getting pregnant, and more than one bowl of guacamole, they begin to figure out how to have a relationship.

But as the bombings get closer to home, Nate and Dusty must navigate love and commitment before they lose their chance.
END_OF_DOCUMENT_TOKEN_TO_BE_REPLACED