Posted on November 22, 2019 by thebloggergirls

Blurb: The west coast of Vancouver Island is one of the few places to boast world-class winter surfing, and Vancouverite Kellan Tremblay hits the waves as often as possible. On the ferry crossing to the island, he meets Australian Jax Colston. Jax is there for some snowboarding. He’s intrigued to discover that not only is winter surfing a thing, but you can surf and ski in the same day. Sensing a kindred spirit, Kellan offers to play tour guide and gives Jax a place to stay in his spare room.

The two men bond over all things surf and snow, and it isn’t long before their passion for life lands them in bed together. Neither wants the week of cold days and hot nights to end, but Jax has to go home soon. Still, Jax doubts he’ll stay away for long. The draw of fresh powder, the long hot nights and the thrill of just being with Kellan will keep him coming back for a long time….

World of Love: Stories of romance that span every corner of the globe. END_OF_DOCUMENT_TOKEN_TO_BE_REPLACED

Blurb: Noah Landers wakes up one day with a headache and no memory of where—or who—he is. Jason, the man taking care of him, tries to fill in some of the blanks: they’re in a cabin in Colorado on vacation, and Noah slipped on ice and hit his head. But even with amnesia, Noah knows Jason is leaving out something important.

Jason O’Reilly is sexy as hell, treats Noah like he’s precious, and seems determined to make this the romantic getaway they’d apparently dreamed of together. But Noah’s more concerned that he’s trapped alone with Jason in the middle of a blizzard while his slowly-returning memories bring hints of secrets and betrayal.

Noah’s not sure what’s the truth and what’s a lie. But as he learns who he is—and who Jason is to him—he’s forced to reevaluate everything he believes about himself, about loyalty . . . and about love.
END_OF_DOCUMENT_TOKEN_TO_BE_REPLACED

Blurb: Game designer Henry Delloit loves his life, his mountain community, his isolated dream home and the snow. He also loves that the X-treme Games blow into the area for a month every year, bringing with them hundreds of athletes. Ecco Rasmussen loves boarding; he needs it in fact. He knows he’ll never make it to the big times but as long as he can get on his board and go he doesn’t care. The only fly in the ointment is his manager Blake Dobbs. The man is possessive and mean and believes he owns Ecco. Given the way he’s isolated Ecco and holds all the money, not to mention the way he treats the boarder, Ecco figures maybe he does. When Henry and Ecco meet at the Branchberry Games, it’s lust at first sight. An injury on Ecco’s qualifying run gives them the opportunity to spend some quality time alone together at Henry’s home, away from the crowds and out from under Blake’s thumb. Will lust have the opportunity to turn into love? More importantly, what will Blake do when he finds out?
END_OF_DOCUMENT_TOKEN_TO_BE_REPLACED 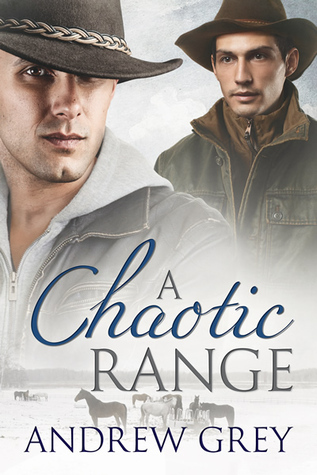 Blurb: Most of the time ranchhand David rescues stray cattle, but this time he and his fellow cowboys Wally and Haven save a stranded motorist. David is surprised to find his former high school classmate nearly frozen in his car. After learning that Brian Applewright’s boss fired him from his ranch for being gay, they invite him back to theirs to take a job.

David and Brian moved in different social circles at school, but working together brings them closer. However, David has a rocky history on the ranch. The foreman is his ex, and he only recently returned after a heartbreakingly unsuccessful attempt to find greener pastures. He can’t risk his heart getting close to anyone.

But on a ranch, nature has a way of forcing an issue. When a snowstorm threatens, David and Brian head out to mend a fence and round up some stray cattle. David gets injured, and they must survive in the snow, cold, and wind. It might be the start of a relationship… or the end of their lives.
END_OF_DOCUMENT_TOKEN_TO_BE_REPLACED