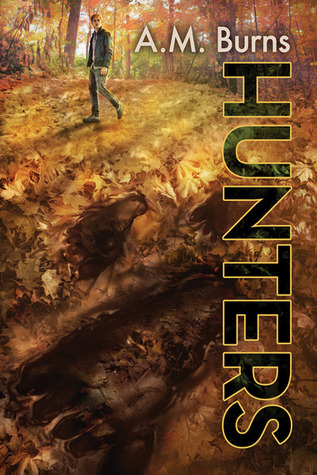 Blurb: Bigfoot hunters prowl the forests of Cripple Creek, Colorado. That doesn’t sit well with Thom Woodmen—a Bigfoot—albeit the runt of his family. Being the smallest has advantages; Thom, in disguise, gets to attend high school, and he’s not expected to accomplish much in life. All that changes when he comes across a distressed human in the forest.

Ben Steele is new to Cripple Creek High School, and after a harrowing experience in the woods near his new home, he quickly falls in with Thom Woodmen and his circle of friends. So what if they like to hang out with nature? Ben’s got nothing better to do. Trouble is, Ben can’t seem to stay out of it—trouble, that is.

However, in saving young Ben’s life, Thom inadvertently kick-starts a bonding process that’ll change both their lives forever. With the support of family and friends, Thom learns to accept bonding with the human boy. But with the danger overrunning Cripple Creek lately, Thom may be cut down before he can confess his secret and his love.

When Ben and Thom meet for the first time, it’s by accident and sets in motion a bond that changes both their lives. Unaware that the creature Ben runs into in the woods is actually Thom, he has no idea that being sorta saved by Thom ends up starting a bond between them that can’t be stopped. While Ben struggles with being the new kid in a small town, Thom is just starting to learn more about being an Oh Mah and his sudden urges. With hunters in town and Ben’s life threatened, how will Thom ever find the right moment to tell Ben the truth about what he is and the connection they now share?

This was SUCH a cute story. From the start I was hooked and loved that it dealt with a type of creature that I’ve never read about. This story had not only one bigfoot but a family of them and included many mythical creatures that aren’t normally in paranormal or fantasy stories (or at least that I’ve read) such as dwarves and dryads. It was interesting to see all these creatures mingled together and especially seeing them so young. I honestly loved that because it spiced things up a bit and set it apart from the usual shifter story.

The characters are a real treat, though. Thom may be the physical runt of the family but once he unintentionally starts the bonding process with Ben, he starts to change and grow into his potential, becoming way more aggressive and dominant. It was fun to watch. Ben is a typical teenager, though. He’s outspoken and sorta wears his heart on his sleeve but I liked that he seemed down to earth. Most of the secondary characters were fun, as well, such as Thom’s brothers and Denny. Although, I must say that Thom’s friend, Sophia, aggravated me in the beginning because of her mentions of Ben being ‘not normal’ or ‘different’ just for being gay and ignoring her flirtations. I found that ignorance insensitive because, to me, just because a person is gay doesn’t mean they aren’t normal.

I adored this book but I have to admit I was a little disappointed in the ending. With the slow build up to Thom and Ben getting together and their circling around one another, I was hoping for a little more of them AFTER the big reveal happened. Other than that, I felt like the resolution to some conflicts were very melodramatic and I really wished we had gotten some of Ben’s perspective.

In the end, this was an adorably cute story filled with a few laughs, a bit of suspense and a refreshing take on a different kind of shifter: BIGFOOT! I loved that and I loved the world. I hope we’ll get more of Ben and Thom soon because I’d like to know how some of the future conflicts talked about play out and how much of an impact Ben & Thom will have in them. If you’re looking for something fun, unique and quick to read, definitely give this one a try!