Blurb: DecemberCon 2017. John Perlan, aka YouTuber “SmileyNibor,” has come to the con for one reason and one reason only: to see his idol, actor Derek Kitow. And since Derek has announced he’ll be dressed as the original Aquaman, Perlan decides to come as the Aquaman reboot. It helps that he already has the beard and the bod to make a convincing Momoaman.

But when Derek Kitow makes his entrance, he recognizes Perlan from his tiny YouTube channel and wants him onstage! Has Kitow been following him online? Could SmileyNibor’s hero also be a fan? And what exactly does Kitow have in mind by inviting Perlan to meet him after the panel? END_OF_DOCUMENT_TOKEN_TO_BE_REPLACED

Posted on November 8, 2017 by thebloggergirls

Blurb: Once a broken girl known as Sorrow, Holly Chang now prowls the shadowy gray underground of the city for the angels. But it’s not her winged allies who make her a wanted woman—it’s the unknown power coursing through her veins. Brutalized by an insane archangel, she was left with the bloodlust of a vampire, the ability to mesmerize her prey, and a poisonous bite.

Now, someone has put a bounty on her head…

Venom is one of the Seven, Archangel Raphael’s private guard, and he’s as infuriating as he is seductive. A centuries-old vampire, his fangs dispense a poison deadlier than Holly’s. But even if Venom can protect Holly from those hunting her, he might not be able to save himself—because the strange, violent power inside Holly is awakening…

No one is safe.
END_OF_DOCUMENT_TOKEN_TO_BE_REPLACED

It should be a dream come true to have a dragon trying to get his attention. But Joe refuses to bow to Zarrin like everyone else. Yes, Zarrin is sexy, oddly gentle for a dragon, and stares at Joe with a gaze so hot it makes him shiver. But hurt, mistrustful Joe can’t believe Zarrin’s promises that he’s here to stay. Joe doesn’t realize he is the treasure Zarrin has been looking for his whole life, a treasure he once let slip through his fingers out of fear. Now, to win Joe’s trust, Zarrin has to be brave and become as strong as Dìzhèn herself.
END_OF_DOCUMENT_TOKEN_TO_BE_REPLACED

Book Review: And to All a Good Night by Felicitas Ivey

Blurb: Kobbi Aackers was excited to have a traditional family Christmas with his younger sister Franzi, a famous rock star. But instead of the peaceful holiday he had planned, she’s turning it into a televised musical extravaganza, in a desperate bid for publicity.

Kobbi can adapt, especially since the show’s host Wytt Kanard is easy on the eyes and easy to work with, even if he doesn’t believe in Christmas at all. Wytt is alternatively amused and horrified at the simplicity that is Kobbi’s life and the enthusiasm he has for the holiday, all while taking care of his houseful of unexpected guests.

Maybe Kobbi can convince the cynical Wytt that Christmas isn’t an event to be managed, but something special to be shared. Maybe he can muster the courage to confess his attraction and offer Wytt a surprise present.
END_OF_DOCUMENT_TOKEN_TO_BE_REPLACED

Blurb: A staggering transformation has put the Psy, humans, and changelings at a crossroads. The Trinity Accord promises a new era of cooperation between disparate races and groups. It is a beacon of hope held together by many hands: old enemies, new allies, wary loners.

But a century of distrust and suspicion can’t be so easily forgotten, and it threatens to shatter Trinity from within at any moment. As rival members vie for dominance, chaos and evil gather in the shadows and a kidnapped woman’s cry for help washes up in San Francisco, while the Consortium turns its murderous gaze toward a child who is the embodiment of change, of love, of piercing hope: a child who is both Psy…and changeling.

To find the lost and protect the vulnerable—and to save Trinity—no one can stand alone. This is a time of loyalty across divisions, of bonds woven into the heart and the soul, of heroes known and unknown standing back to back and holding the line. But is an allegiance of honor even possible with traitors lurking in their midst?
END_OF_DOCUMENT_TOKEN_TO_BE_REPLACED

Blurb: Every gentleman has something to hide.

Meeting Heath Blackwood, a gorgeous English farmer, is probably the most exciting thing to ever happen to small-town landscaper Theo Brody, who has lived in quiet Maplehurst, New Hampshire, all his life. The sexy and secretive Brit shakes the foundations of his orderly world as they are swept up in a springtime romance neither can resist.

But Heath’s secrets run deeper than Theo ever imagined. He’s actually Heathcliff Pierrepont Blackwood, Duke of Kingston, in hiding from recent death threats. Suddenly there’s more separating them than the Atlantic Ocean, and Theo doubts he’ll ever fit in with English nobility. Though Heath and Theo are opposites in almost every way, their love might bridge the gap—if they’re willing to take the risk.
END_OF_DOCUMENT_TOKEN_TO_BE_REPLACED

Book Review: King of the Kitchen by Bru Baker

Blurb: Rising kitchen talents Beck Douglas and Duncan Walters have been on the foodie paparazzi radar for years, since their status as heirs to two of the biggest celebrity chef empires around makes them culinary royalty. Beck is known for his charm and traditional food as cohost of his uncle’s popular TV cooking show, while Duncan earned himself a reputation as a culinary bad boy, both for his refusal to work in his father’s restaurants and his avant-garde approach to cooking.

They’re also heirs to a food rivalry that could put the Hatfields and McCoys to shame, and when they’re photographed in the middle of a heated argument, the press goes wild with speculation. Damage control ensues, with a fake friendship engineered by PR cronies that leaves both of them secretly pining for more.

Beck chafes under his uncle’s micromanagement, and Duncan’s relationship with his homophobic father becomes even more tenuous when Beck and Duncan start getting closer. It’s hard to hide their chemistry on national television when Duncan joins Beck’s cooking show, but they won’t be able to take their relationship—or their careers—to the next level without breaking a few eggs.
END_OF_DOCUMENT_TOKEN_TO_BE_REPLACED

ADHD poster-child Ari Valentine left for Hollywood and lost everything, including his bad reputation. Then the breakthrough role of his skyrocketing career lands him back in Bluewater Bay, to the stunned disbelief of, well, everyone. But there’s only one person Ari longs to impress—the only person who ever really mattered to him, the person he left behind: Buck Ellis.
END_OF_DOCUMENT_TOKEN_TO_BE_REPLACED 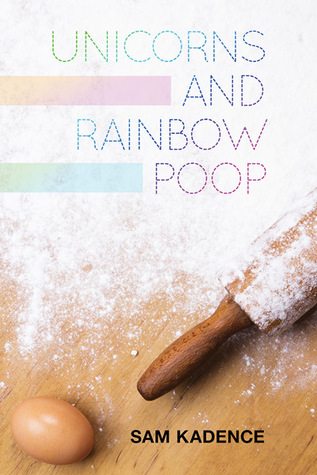 Blurb: Ex-boyband member Dane Karlson is struggling to overcome an eating disorder and a body dismorphic disorder. His fall through a glass table puts him in rehab and on the road to recovery. Then a friend dies. When depression causes him to lose ground, he calls for the only person he trusts—former bandmate Tommy. But Tommy doesn’t know how to help. He begs his friend Sebastian “Bas” Axelrod to aid them through the emotional struggle.

Bas, an openly gay high school student who’s recently lost his grandmother, is trying to survive his last few months of school before escaping to Stanford. Having just lost the only person in his family to care for him, he is victim to the cruelty of the others. His younger brother bullies him, and his parents are suing him for his gran’s inheritance. When Tommy calls, Bas can’t help but run to his side.

Together Dane and Bas find a middle ground, supporting each other through the lows, dancing together during the highs. They build friendships and plan for the prom and graduation, thinking positively as long as they are together.
END_OF_DOCUMENT_TOKEN_TO_BE_REPLACED

Book Review: In the Fire by Eileen Griffin and Nikka Michaels

Blurb: Because the way to a man’s heart…

Eight years ago, the world was their oyster. Until, that is, competing chefs Ethan Martin and James Lassiter’s hot and heavy relationship fizzled after Jamie left for an internship in Paris. Even though Jamie’s career has taken off since his return to the States, with his own television show and a lot of fame, his feelings for Ethan have never quite gone away.

Ethan’s culinary career has developed more slowly, but he’s almost saved enough to buy the restaurant where he works and re-open it as his dream spot, Bistro 30. If only he could get the sexy chef who loved him and left him out of his mind.

But when someone starts sabotaging the restaurant and a fire threatens to take away everything Ethan holds dear, his only option is to rely on Jamie for help. Back in close quarters, the two men will have to find a way to work through their past if they hope to save the restaurant and their future.
END_OF_DOCUMENT_TOKEN_TO_BE_REPLACED