Posted on October 11, 2015 by thebloggergirls

Blurb:  Aubrey Rabinstern is prepared for the wildfires sweeping across the land around his house. He’s even accepted the fact he’ll lose his home. But Aubrey doesn’t expect to find a man he can love in the midst of the ashes left behind.

Darragh O’Flannery never thinks he’ll meet a man like Aubrey Rabinstern while fighting the wildfires destroying acres of land and homes. Yet in the middle of the chaos, he and Aubrey forge a connection. Can it withstand the normality of life once the fires are put out?
END_OF_DOCUMENT_TOKEN_TO_BE_REPLACED

Book Review: Lost in the Fire by Draven St. James

Posted on October 7, 2015 by thebloggergirls

Blurb:  Aaron Evans embodies every complication Wren Tucker knows he doesn’t need. The tempting go-go dancer refuses to leave him alone and his attempts to get into Wren’s bunker pants don’t stop at the club–even the walls of the Firehouse aren’t safe. Wren’s control is only so strong, and his desire for Aaron is turning into a clawing need that’s digging through the many reasons keeping Aaron at bay.

Aaron is two cold showers away from hypothermia if the hot fireman of his dreams won’t give in to the lust he sees blazing in Wren’s eyes. The only issue is, Wren is a forever man, and Aaron doesn’t have that in him to give, not with so many secrets locked behind the glitter and gold of his beautiful world.

As Wren begins to cave to Aaron’s delicious demands, he gets a deeper view of the tarnished landscape Aaron exists in. A murky pit of drug addiction that’s slowly dragging Aaron under, and Wren is going to have to fight like hell to save Aaron from it, to even have a chance at a new beginning with the man who brought him out of the shadows.
END_OF_DOCUMENT_TOKEN_TO_BE_REPLACED

Blurb:  A twenty-something paramedic suffering from PTSD and a failing relationship with his high school sweetheart becomes embroiled in the tragic life of a young, gay man brutally beaten, raped, and left for dead.

Kane Abel can’t help falling for his caregiver, the handsome paramedic who saves his life, but he’s resistant. The one time Kane threw caution to the wind, he was left with a wired jaw and a tracheostomy. He can’t take much more hurt. But with his attacker’s promise to return, Kane lives in a constant state of fear, and with the ever-present paramedic, arousal.

Garrett Young struggles with the question of his sexuality, unable to get Kane out of his mind even as he fights against the demise of his long-time engagement with his girlfriend Amanda. Every day is complicated by his ongoing battle with PTSD and alcoholism, compounded by his fear for Kane’s life.
END_OF_DOCUMENT_TOKEN_TO_BE_REPLACED

Blurb: Continuing from the first book in the series (Never Too Early: The Beginning), Chance and Tucker and Jake and Tor find themselves involved in a friendship that goes much deeper than any of them initially suspected.

Jake has been released from the hospital following his fall from the roof, and Chance and Tucker agree to stay in Arkansas for several days to help Tor with Jake’s care. Chance, however, spends much of his time trying to resist the growing attraction he has for Jake. The confusion between the love he has for Tucker and the new feelings for Jake play tricks with Chance’s mind. Is any of this a good idea, or are all of them headed for disaster?

For his part, Jake has to reconcile not only his growing feelings and physical attraction to Chance, but also the promises he and Tor made to each other. They rebuilt their own relationship in the wake of mistakes neither one of them wishes to repeat. How much communication and longing can one — or two — relationships take?
END_OF_DOCUMENT_TOKEN_TO_BE_REPLACED

Blurb: Chance thinks he’s got a pretty good life. He loves his job as a fireman, he’s got an ocean view, and he has a great bunch of friends. He figured there’s not much reason to change until he meets Tucker, a paramedic who works his shift. Tucker might even be worth breaking the don’t ask, don’t tell policy at work, might just be worth coming out for. Trouble threatens to tear the two apart, though, when Chance is injured, which takes a toll on all of his relationships, most importantly the one he had developed with Tucker. In fact, it shatters everything they’ve worked so hard for. Can Chance and Tucker rebuild their lives, coming back together to be better than ever?
END_OF_DOCUMENT_TOKEN_TO_BE_REPLACED

Blurb:  Police officer, Zach and Fire Marshal, Daryl would be perfect together—if they would ever quit fighting long enough to find out. A devastating fire and the secret behind it almost keeps them from getting what they really need—each other.

Mesa police officer, Zach is a fun loving guy. Now that he’s hit the big three-oh, he’s looking to stop the hook-up train and find someone he can get serious about. When a mutual friend suggests Fire Marshal Daryl, Zach assumes he must be joking. The surly marshal has given cranky a new meaning. It’s unfortunate, since he is one fine-looking man.

Daryl has sworn off relationships ever since he caught his ex-partner cheating. He’s always taken everything in life seriously—from jobs to relationships—and is afraid he might be alone in that regard. Certain he can’t risk love again, he panics when he sees his secret crush, Zach, approaching him at a police versus firemen softball game. He’s nervous, as he is socially challenged with a tendency to blurt out the wrong things. It gets worse when he realizes their shared buddy gave Zach a push. He assumes Zach is only talking to him out of pity.

Zach has been pissed at Daryl ever since they got into a verbal sparring match at the park. Yet, when Daryl comes to his aid during an explosive fire, Zach wonders what secrets might be hidden beneath the layers Daryl has built to protect himself from the world—and love. A night of passion turns into the possibility of something more as they struggle to find their way to one another. But all of that becomes threatened when there is a devastating fire that causes many people to lose their lives. As they work together to uncover the truth, someone thinks they’ve asked too many questions—and plans to stop them before they can ask any more.

Publisher’s Note: This book is best read in sequence as part of a series but can be read as a standalone.
END_OF_DOCUMENT_TOKEN_TO_BE_REPLACED 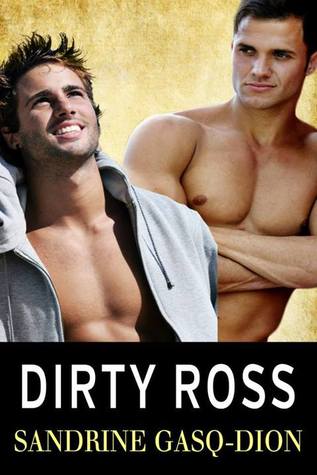