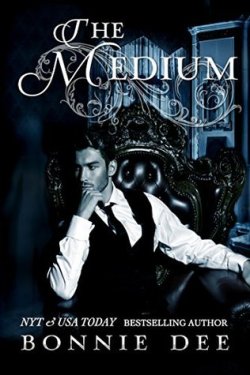 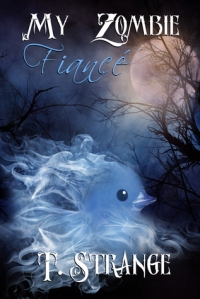 Blurb: Edward Grey is no stranger to the undead; since raising his cat as a zombie when he was a child, he and his mentor Mariel have explored and developed his power as a necromancer. Despite everything he’s learned, as a necromancer and a medical student, he’s never encountered a ghost.

While Mariel is unreachable in Haiti on mysterious business, a ghost wakes Edward in the middle of the night, claiming to be his grandfather. When the ghost offers to teach him about this different form of undeath, Edward has little choice but to trust the spirit.

After receiving a phone call from a young girl claiming her father is possessed, Edward and his Undead Canadian fiancé, Kit, must travel to an acreage in Kingston…Ontario.

The haunting proves far more complicated than Edward could ever have guessed, and he finds himself pitted against an ancient evil determined to engulf everyone on the farm.

Edward’s love and connection to Kit will be tested, and his necromancy stretched to his limits as he has to find—and destroy—a twisted spirit more powerful than anything he’s ever encountered.
END_OF_DOCUMENT_TOKEN_TO_BE_REPLACED

Book Review: A Time to Rise by Tal Bauer 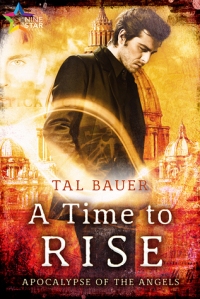 Blurb: History says the Knights Templar were destroyed in 1307.
History is wrong.

Vampires haunt the sewers beneath Rome, revenants desecrate graveyards, ghouls devour helpless passersby, and incubi stalk dark alleys and seedy nightclubs in Italy’s capital. Deep in the Vatican, a brotherhood exists, sworn protectors of the earth, and they stand firm against monsters from the dark depths. Operating in secret and silence, they protect our world from the sinister, the etheric, and from the evils that exist beyond the Veil.

But it’s a lonely life, and Alain Autenberg knows that more than most. His lover was ripped from him years ago and he vowed never to get close to another soul again. Even when the loneliness presses down on him, and his empty heart cries out for something more.

Something more comes in Cristoph Hasse, a new soldier arriving in Rome to serve in the Pontifical Swiss Guard. Young, brash, and fitting in at right angles everywhere he goes, Cris struggles in the murky, deceptive labyrinth of the Vatican. Propelled forward by a past he can’t understand, Cris collides with Alain, and both men crash headfirst into the darkest secret of the Vatican… and of the world.
END_OF_DOCUMENT_TOKEN_TO_BE_REPLACED

Book Review: Save Me by Penny Brandon 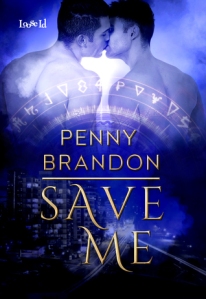 Blurb: From the first moment Steve sees Nathan, he knows he’s in trouble. First, Nathan looked just like the doll he’d found on his bed, and second, Steve couldn’t stop thinking how it would feel having Nathan in his arms and under his body. He’s never desired anyone so strongly before, and he’s reluctant to show it, but then Nathan gives him something he hadn’t been conscious of wanting. Stunned, he craves more, but starts to worry what he feels might not be real.

Alone and vulnerable after being dumped by his ex, Nathan longs for the security of being in a relationship. With no money, no job, and now a Voodoo Doll out to kill him, Nathan doesn’t think things could get any worse, but then he starts falling for Steve. Problem is, it doesn’t look like Steve feels the same way. Even after Steve finally lets Nathan in, Steve unexpectedly withdraws, refusing to explain why.

Unable to cope with another rejection, Nathan succumbs to the evil of the doll. Steve realizes he needs to own up to his feelings, but are they enough to save Nathan?
END_OF_DOCUMENT_TOKEN_TO_BE_REPLACED 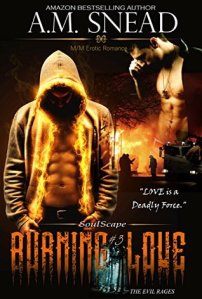 Blurb: Frank is horrified when he learns that Alec caused the bar fire –and why he did it. Believing that his best friend, Ron McNeil, was also one of Alec’s victims, Frank is devastated and forced to remove his blinders where Alec is concerned. Unwilling to be the “reason” behind Alec’s deadly acts, Frank is left with no choice but to send Alec away –and insist he not come back. As usual, Alec displays no emotion in response to Frank’s decision, and leaves.

Truths quickly surface that cause Frank to doubt his decision to send Alec away. When another fire in a remote area not far from the city is broadcast on the news within 24 hours of Alec’s departure –indicating two dead –Frank is convinced it is Alec’s doing. Realizing Alec is more dangerous out on his own, without supervision, Frank is compelled to find him and take him somewhere away from people –for everyone’s sake, including Alec’s. Yet locating someone who can change appearances at will, is like trying to find a needle in a haystack.

END_OF_DOCUMENT_TOKEN_TO_BE_REPLACED

Posted on December 27, 2014 by thebloggergirls 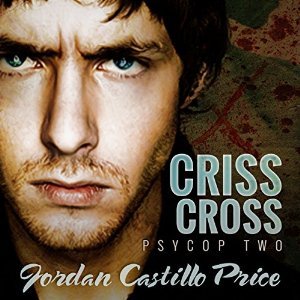 Blurb: Criss Cross finds the ghosts surrounding Victor getting awfully pushy. The medications that Victor usually takes to control his abilities are threatening to destroy his liver, and his new meds aren’t any more effective than sugar pills.

Vic is also adjusting to a new PsyCop partner, a mild-mannered guy named Roger with all the personality of white bread. At least he’s willing to spring for the Starbucks.

Jacob’s ex-boyfriend, Crash, is an empathic healer who might be able to help Victor pull his powers into balance, but he seems more interested in getting into Victor’s pants than in providing any actual assistance.
END_OF_DOCUMENT_TOKEN_TO_BE_REPLACED 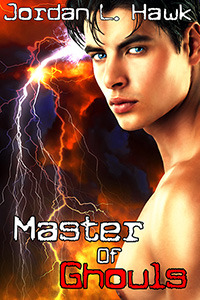 Blurb: Caleb Jansen’s old life is in ruins after being possessed by the vampire spirit Gray. Now all Caleb wants is for Gray to be exorcised so he can adjust to living as a registered paranormal. Instead, District Chief Kaniyar of SPECTR offers him a new choice: be locked away for public safety, or come work for the very agency he’s spent years trying to avoid. The only good thing to come from Caleb’s possession is his relationship with federal exorcist John Starkweather, but even that seems doomed to end before it can really begin.

John’s newest case is a nightmare: someone is summoning demons and forcing them to possess women and boys snatched from the streets of Charleston. If his team can’t find the summoner soon enough, the possessions will become permanent, transforming the victims into ghouls. To make matters worse, he barely prevents Gray from feeding on their only lead.

Can John shield his heart from Caleb, who only seems interested in a temporary hook-up? Can Caleb keep Gray under control while they hunt for the summoner? Or will the cost of solving the case be higher than any of them could have guessed?

Because the master of ghouls has set his sights on a new target: Gray.

END_OF_DOCUMENT_TOKEN_TO_BE_REPLACED 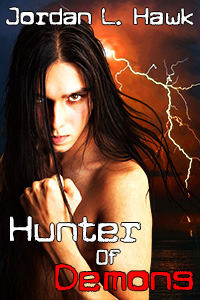 Blurb: Unregistered paranormal Caleb Jansen only wants a normal life. But when a demon murders his brother, Caleb knows he has to avenge Ben’s death, no matter what the cost. Unfortunately, his only allies belong to an extremist group who would kill Caleb if they found out about his talent.

Gray is a wandering spirit, summoned to hunt and destroy demons by drinking their blood. This hunt goes horribly wrong, and for the first time in his existence Gray is trapped in a living, human body. Caleb’s body…and Caleb is still in it.

Hotshot federal agent John Starkweather thinks he’s seen it all. But when he’s called to exorcise Caleb, he finds a creature which isn’t supposed to exist outside of stories. For Gray is a drakul: a vampire.

Having spent his life avoiding the government as an unregistered ‘mal, Caleb can’t let himself trust a federal exorcist, no matter how sexy. And he certainly isn’t going to give into the heat growing between them and sleep with Starkweather.

Can Starkweather win Caleb’s trust and convince him he isn’t the enemy? Can Caleb keep Gray under control, as the drakul experiences the temptation of a living body for the first time?

Because if he fails and Gray gives in to bloodlust, Starkweather will have no choice but to kill them both
END_OF_DOCUMENT_TOKEN_TO_BE_REPLACED 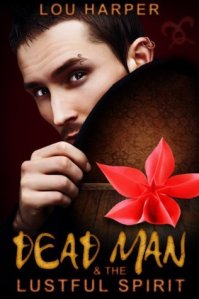 Blurb: Denton is a necromancer and his boyfriend Bran is a witch. It’s not as exciting as it sounds. They don’t even get to dress the part, unless it’s New Year’s Eve and they’ve been invited to a costume party. Denton is happy to let his hair down, but coaxing the reclusive Bran out of his shell is hard enough without a demonic spirit crashing the party.

Convincing the spirit to return whence it came from will call on Denton’s special skills, but not in necromancy.