Posted on June 8, 2017 by thebloggergirls

Blurb:  When life throws you a curve ball, you have to deal with it as well as you can.

When Rabbit arrived in Gillham, he was only trying to get away from his ex-boyfriend. He never expected to find a pack, a family, but he feels at home in Gillham. Finding his mate makes that feeling even stronger, at least until he realizes Elton isn’t only his mate, but also Samuel’s.

Elton’s in Gillham to visit his brother when he ends up in the middle of a spat for him. He might not know a lot about shifters and mates, but he does know that one human guy having two shifter mates isn’t normal.

Samuel is ready to fight for Elton, and really, it shouldn’t take much with how tiny Rabbit is. But Rabbit reveals himself to be stronger and more stubborn than Samuel had thought, and when Elton gives them an ultimatum, they have to learn to work together—or be without their mate.

They know a three-way mating is possible, but it doesn’t make it easy. Rabbit, Elton, and Samuel all have their own insecurities and problems. Will they manage to work around them and be happy together, or will the stress of having to share a mate make their relationship implode?
END_OF_DOCUMENT_TOKEN_TO_BE_REPLACED

Posted on January 19, 2017 by thebloggergirls

Blurb:  Sometimes you have to let the fear go to welcome happiness.

Calvin was assaulted when he arrived in Gillham two months ago, after living on the streets for two years, but it wasn’t enough to dissuade him to leave the town and his new life. He never expected to be assaulted again, though, especially not by the same man.

Alex has been envious ever since both his brothers found their mates, but at only twenty-one, he never expected to find his own. He especially didn’t expect the man he rescues from a beating to be it.
Calvin and Alex have to learn to navigate their new relationship. Calvin is shy and hesitant, and Alex does his best to give him enough time to get used to his presence. They move in together—as housemates—but their fragile relationship is threatened by the appearance of a teenage brother Calvin didn’t know he had. What will this mean for Calvin and Alex’s relationship? Will Calvin finally believe Alex is in it for life, or will he let his insecurity win?
END_OF_DOCUMENT_TOKEN_TO_BE_REPLACED

Posted on September 28, 2016 by thebloggergirls

Blurb:  Not all things that look too good to be true are wrong.

Dallas is back in Gillham. He left the town and the pack after he was rescued from the lab, but he hasn’t been able to go back to fully living his life, and he hopes changing will help. He’s eager to work for Kameron and to be the pack’s doctor, even with the new problems the pack has.

Hamilton is Morin Glass’ best friend, and he wants answers. He’s seen the news about the man who became an animal, and he knows Morin and his boyfriend have to somehow be involved. He travels to Whitedell to get an explanation, and once there, he finds more than he was expecting.

Hamilton doesn’t seem to have problems accepting shifters, and Dallas is glad even if hesitant, but it doesn’t mean their life is easy. Hamilton’s life is in New York and he has to make a decision. Being with a shifter could be dangerous for him. Humans might know about them now, but it doesn’t mean they accept them. What does the future hold for Dallas and Hamilton, and for the pack?
END_OF_DOCUMENT_TOKEN_TO_BE_REPLACED

Posted on August 26, 2016 by thebloggergirls 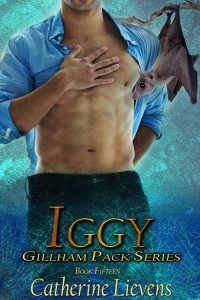 Blurb:  Love can bloom at the worst of times.

Iggy fled his nest of bat shifters, leaving his family behind to tell the Gillham pack alpha the pack is in danger. He has a hard time believing Kameron can trust him enough to make him his bodyguard, but he accepted the job, hoping to show his new alpha that he can be useful.

Zane has been a recruit since he was a teenager. His goal was to become a pack enforcer, but Kameron decides to put him in charge of Malik’s protection instead, giving him the opportunity of a lifetime.

Neither of them expected to meet their mate when they accepted the job, and it couldn’t have come in a worst moment. The rival council wants the Gillham pack erased, and Tom isn’t going to back off. Will the fight ahead of Iggy and Zane separate them? Will they both come out of it alive, or will they lose each other?
END_OF_DOCUMENT_TOKEN_TO_BE_REPLACED

Blurb:  Letting people in is never easy, but sometimes you have to in order to be happy.

Kir is one of the exotic shifters rescued by Craig. He never went home, choosing to stay with the Gillham pack, but he never really integrated himself into the pack. He wanted to make sure the pack wouldn’t betray him like his skulk had. He took his time to observe, and he finally decided it was time to make friends.

Quinn knows he’s a prickly bastard. He had to hide behind that façade for most of his life, and now he can’t step from behind it, not that he wants to. It feels safer to keep most people at arm’s length. He didn’t expect to find his mate when Kameron called him and Malik to help with the rival council though, and he knows Kir is probably the only one who can wiggle his way into his heart if he lets his guard down.

Kir does his best to get under Quinn’s shell, but when the man punches him and tells him to stay away, he gets the message, even though he still hopes he’ll be able to change Quinn’s mind. He knows he has a great opportunity when Kameron assigns him as a bodyguard for Quinn, but will he be able to protect Quinn and make him fall in love with him? Will Quinn finally let someone in, or will he stay safely ensconced in his hard shell?
END_OF_DOCUMENT_TOKEN_TO_BE_REPLACED

Blurb:  Mal isn’t the only human in the Gillham Pack, but he is the only unmated one. He knows most members view him as an outsider for that, but he has his friends, and it’s enough for him. That’s what he tries to convince himself of anyway.

Will still isn’t over Heath, even though his ex-boyfriend mated with Jayden nine months ago. It’s not only the fact that Heath mated that hurts him. Heath lost his memory, and he doesn’t remember Will and the years they had together. Will knows it’s not Heath’s fault, but he still keeps his distance, even if that means staying away from the only family he has.

Will and Mal crash into each other and Will immediately realizes what Mal is to him. The distance between their homes put a strain on their budding relationship, as does the reappearance of Mal’s abusive ex-boyfriend, and the ever-present danger of the new council trying to get rid of the pack. Will they be able to find solutions to their problems or will one of them finally tear them apart?
END_OF_DOCUMENT_TOKEN_TO_BE_REPLACED

Merle isn’t the wolf he was before, and who could blame him? He was sold to the labs, then Tom, Alpha Erskine’s second, kidnapped and tortured him, leaving him for dead. Merle’s body has been healed, but his mind hasn’t, and he’s struggling with everyday life and nightmares. Add to that an overbearing mother, and his life is a mess.

Nootaw left his wendigo tribe a year before, but even though he hasn’t hurt anyone since then, people still regard him with fear and disgust. Not even moving to Gillham changed that, but he’s use to it by now. When Nootaw is asked to help find Merle, he doesn’t expect Merle to take a sniff at him and tell him they’re mates. Nootaw isn’t sure what to do with Merle, because everyone knows wendigoes don’t have mates.

Merle insists on giving Nootaw a chance, even though he might lose his mother over it. Then Nootaw disappears, reappearing with someone Merle hadn’t expected. Will Merle be able to leave his nightmares behind and be the man Nootaw needs him to be? And will Nootaw manage to get used to a life he’d never thought he could have?
END_OF_DOCUMENT_TOKEN_TO_BE_REPLACED

Posted on December 3, 2015 by thebloggergirls

Blurb:  Arlen’s been stuck in his wolf form for months and he’s had to watch his mate fall in love with another man and live with him. To his surprise, Arlen falls in love with both men, so when he becomes human again, he knows exactly what he wants—both Gentry and Nick.

Nick accepts Arlen’s solution more easily, even though he isn’t sure his wolf will be happy with it. But the wolf wants both Gentry and Arlen, and after a bit of stumbling, the three settle in their new throuple.

Will Nick and Arlen be able to resist the urge to mate and really include Gentry, or will Gentry end up alone and rejected? And how will their families and friends react to their solution?
END_OF_DOCUMENT_TOKEN_TO_BE_REPLACED

Posted on September 26, 2015 by thebloggergirls

Blurb:  Noah has lived in isolation most of his life. He’s a demon, and demons keep to themselves. He’s not satisfied with his life, though. One night he sneaks out and meets Duncan. He likes the man, but he knows he can’t be with him because it would mean losing everything.

Duncan knows what he wants, and he wants Noah. He doesn’t care—much—about his homophobic parents’ reaction. He knows he has the support of his friends and most of the pack, and that’s enough for him. Will it be enough for Noah, though?

As Noah and Duncan get to know each other, Noah has to make a decision—his parents, or his mate? Choosing his parents means he’ll have to marry a woman and have children, even if he’s gay. Choosing Duncan means he’ll lose everything he’s ever known. Or not?
END_OF_DOCUMENT_TOKEN_TO_BE_REPLACED