Blurb: Attending his daughter’s holiday dance recital should be easy for pro hockey player Patrick Barnes. Showing up in a tutu, however, wasn’t exactly part of the plan. And yet the holidays get even more interesting when he bumps into Lee, the man he let get away years ago.

Ballet instructor Lee can’t believe who just walked into his studio. He also can’t believe how quickly the flare of attraction between he and Patrick resurfaces, despite the years that have gone by since they last spoke.

Once upon a time, they let opportunities get away. Is it possible they’ll now have the chance to pursue the spark that has come back to life after just one conversation?

Holidays are a time for giving, and neither Patrick nor Lee are about to take this particular gift for granted.
END_OF_DOCUMENT_TOKEN_TO_BE_REPLACED

Book Review: Off the Ice by Avon Gale and Piper Vaughn

Posted on October 30, 2017 by thebloggergirls

Blurb: Tristan Holt is nothing if not pragmatic. Despite a flourishing career as a defenseman for the Atlanta Venom, Tristan knows he can’t play hockey forever. One day he’ll retire—if an injury doesn’t force him to hang up his skates first. His backup plan? Finishing his business degree. But he doesn’t count on a very inappropriate attraction to his standoffish sociology professor, Sebastian Cruz.

Sebastian is on the bottom rung of the Sociology Department at Georgia State. He has his sights set on tenure, and he can’t afford to be distracted, especially not by a sexy student with a body straight out of Sebastian’s dreams. No matter how much Tristan tempts him, that’s one line Sebastian won’t cross. At least not until summer classes end. After that, everything is fair game.

But Sebastian lives loud and proud, and Tristan is terrified of being the first out player in the NHL. Neither of them can afford to risk their hearts when they can’t imagine a happily ever after. The problem is, unlike hockey, when it comes to love, there are no rules.

END_OF_DOCUMENT_TOKEN_TO_BE_REPLACED

Blurb: Dustin Charleston has just been traded to the Arizona Hares hockey team. As an otter, he’s not too pleased by this. Arizona is dry, he’s leaving his home behind, and he has to move in with a stranger. Things take an even steeper plunge when he meets his roommate.

Chandler Kipling is the captain of the Hares, a least weasel, and he’s got a bit of a thing for his new teammate. Too bad that teammate seems to hate him. And Chandler’s romantic strategies leave something to be desired. Will Dustin be able to get the message he’s trying to send? With a little time, their nightmare might turn into a dream—if they can get past their differences.
END_OF_DOCUMENT_TOKEN_TO_BE_REPLACED

Book Review: Getting Him Back by K.A. Mitchell

Ethan may have followed his high school sweetheart to college only to get dumped his first day there, but he’s not going to let that stop him from exploring all his new life has to offer. Sex-only hookups, his photography, new friends and a campus-wide game of zombies vs humans all help keep his mind off his broken heart and move him toward building a new, better life without his ex.

And then there’s Wyatt. Mysterious, grouchy—hot. And possibly not gay. But Ethan’s not going to let that stand in the way of figuring out what makes Wyatt tick. New college goal? Get Wyatt into bed and into Ethan’s life.

Step one: arrange a “tutoring” date. Step two: “accidentally” bump into Wyatt as often as possible. Step three: explore the sexy body under that ever-present hoodie. And when their friendship deepens into something neither of them expect, convince Wyatt he’s not just a pity fling or a one-time hookup, but that Ethan is in it for the long haul.

END_OF_DOCUMENT_TOKEN_TO_BE_REPLACED

Posted on September 2, 2015 by thebloggergirls

Blurb: When he was sixteen years old, Rich Miller saved a young man from drowning at his local pool. Little did he know that years later, as a senior in college and Olympic diving hopeful, Rich would meet up once again with Johnny Milloway, now a big football player – and when Rich says big, he really means ‘bear’. The shy jock remembers his saviour, and the two men become friends.

Johnny isn’t put off by the fact that Rich is gay. In fact, the more time he spends with Rich, the more curious he becomes. Johnny wants to know all kinds of things – what it’s like to kiss a guy, for instance. Only it doesn’t stop there…

Rich finds it difficult to believe that this relationship can go anywhere. Johnny is straight, and Rich isn’t prepared to deal with the heartache he knows will come his way in the future. He has enough on his plate as it is – the Worlds are just around the corner, his father would rather watch a football game than spend time watching his son dive…. What he doesn’t count on is Johnny, who can be very determined. And having Johnny in his life proves to be a catalyst for some pretty earth-shattering changes.
END_OF_DOCUMENT_TOKEN_TO_BE_REPLACED

Book Review: Tigers on the Run by Sean Kennedy

Blurb: Young Australian Micah Johnson is the first AFL player to be out at the beginning of his career. Retired professional football player Declan Tyler mentors Micah, but he finds it difficult, as Micah is prone to making poor life choices that land him in trouble. Nothing Dec can’t handle. He’s been there, done that, more times than he’d like to admit. Being Simon Murray’s partner all these years has Dec quite experienced in long-suffering and mishaps.

As usual, Simon thinks everything is going along just fine until his assistant, Coby, tells him a secret involving an old nemesis. Simon and Dec’s problems mash together, and to solve them, they must undertake a thousand-kilometer round trip in which issues will have to be sorted out, apologies are finally given, and a runaway kid is retrieved and returned to his worried parents.
END_OF_DOCUMENT_TOKEN_TO_BE_REPLACED

Blurb:  Small-town Indiana tomboy Sarah Dudley grew up living and breathing baseball, since her father owned the minor league Plainview Thrashers. A talented player herself, she idolized her brother’s best friend: Tom Cord, a pitcher with a wicked fastball and an even more wicked reputation.

Now, Sarah is the Thrashers’ VP of public relations, and Tom—a star in the major leagues—has been assigned to the club while rehabbing from surgery. It’s Sarah’s job to keep the hard-throwing, hard-living star out of trouble. But when she gets a glimpse of the man behind the bad-boy image, they start to generate more heat than an inside fastball…
END_OF_DOCUMENT_TOKEN_TO_BE_REPLACED 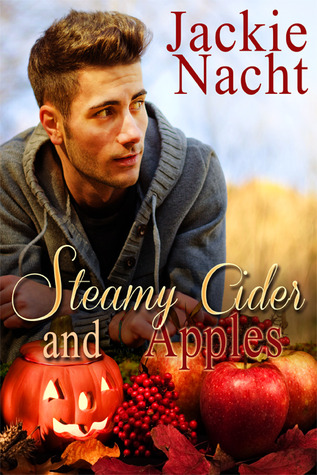 Blurb: Can these two fall for one another while making hot, steamy…cider?

Tyler has a problem. He doesn’t have the funds to cover his fraternal dues this year and needs to find a job. After going to his fraternity treasurer, Mitch, Tyler finds himself working with Mitch’s hot twin brother, Sawyer.

Sawyer has had a crush on Tyler since he first saw the man at his twin’s crazy fraternity. When opportunity arises for the two to work together at the cider mill, Sawyer won’t waste any time to ask Tyler out and hope the two will become more.

Will there be steamy feelings, and will they fall for each other?
END_OF_DOCUMENT_TOKEN_TO_BE_REPLACED

Posted on December 30, 2014 by thebloggergirls

Blurb:  WILL A LOVE OF THE GAME

Sara Charles is striking out on her own. With her dad out of commission, Charles Air has only one helicopter left—and only Sara to fly charters. With the family business in jeopardy, Sara needs all the clients she can get and the newest one is New York Saints team surgeon, Lucas Angelo. When an unexpected flirtation escalates into a night of pure blind passion, Sara is in agony over what she believes was extremely poor judgment on her part. She wants nothing more than to avoid Lucas. And keep her business her business. But she needs him—in more ways than one.

LEAD TO A FIELD OF DREAMS?

But there is a catch: Lucas also needs Sara. Spring training is upon him, and his schedule is madness. So he asks Sara to be his personal pilot. It’s an offer she can’t refuse. She intends to keep him at arm’s length—especially when she discovers just what different lives they have. Little does Sara know that, for Lucas, the only thing more important than business is pleasure. He only plays to win. And he intends to hit it out of the park…
END_OF_DOCUMENT_TOKEN_TO_BE_REPLACED

To Trevor, Jamal is the answer to a dream — a man who can love and accept both his personas. When he discovers Jamal’s future is threatened if he’s seen with a guy, Trevor becomes Trixie to let Jamal pass as straight. But Trevor risks his position every time he puts on a dress. Is there a closet big enough to hold a football pro and a drag queen?
END_OF_DOCUMENT_TOKEN_TO_BE_REPLACED