Blurb: Alpha wolf Selenka Durev’s devotion to her pack is equaled only by her anger at anyone who would harm those under her care. That currently includes the empaths who’ve flowed into her city for a symposium that is a security nightmare, a powder keg just waiting for a match.

Ethan Night is an Arrow who isn’t an Arrow. Numb and disengaged from the world, he’s loyal only to himself. Assigned as part of the security force at a world-first symposium, he carries a dark agenda tied to the power-hungry and murderous Consortium. Then violence erupts and Ethan finds himself crashing into the heart and soul of an alpha wolf.

Mating at first sight is a myth, a fairytale. Yet Selenka’s wolf is resolute: Ethan Night, broken Arrow and a man capable of obsessive devotion, is the mate it has chosen. Even if the mating bond is full of static and not quite as it should be. Because Selenka’s new mate has a terrible secret, his mind surging with a power that is a creature of madness and death…
END_OF_DOCUMENT_TOKEN_TO_BE_REPLACED

Blurb: The fate of millions of lives hangs in the balance in this new Psy-Changeling Trinity novel from New York Times bestselling author Nalini Singh…

Kidnapped as a young girl, her psychic powers harnessed by a madman, Memory lives a caged and isolated existence…until she comes face-to-face with a wolf. Labelled an empath by her bad-tempered rescuer, Memory knows that her ‘gift’ is nothing so bright. It is a terrible darkness that means she will always be hunted.

But Memory is free now and she intends to live. A certain growly wolf can just deal with it.

Alexei prefers to keep his packmates at bay, the bleak history of his family a constant reminder that mating, love, hope is not for him. But Memory, this defiant and fearless woman who stands toe-to-toe with him awakens the most primal part of his nature–and soon, he must make a choice: risk everything or lose Memory to a murderous darkness that wants to annihilate her from existence… END_OF_DOCUMENT_TOKEN_TO_BE_REPLACED

A serial killer strikes every twelve hours. A vampire takes lives at random. At first glance, these tragic incidents seem unrelated. But Special Investigations Unit agents Sam Ryan and Gabriel Stern trace them both back to a military base known as Hopeworth. Is the murder spree part of a cover-up? And are the vampire killings less by chance and more methodical?

The investigation takes an eerie, personal turn when Sam discovers a connection between herself and the victims—and a clue to her own mysterious origins. With the violence escalating and the danger drawing closer to home, the stakes are raised and the mission changes from seeking justice to ensuring Sam and Gabriel’s own survival. And the one person who seems to hold all the answers—about Hopeworth, about Sam’s past—is a mystery man she isn’t sure she can trust. They share a psychic link through her dreams, and he once saved her life, but he may just be the greatest enemy humankind has ever known.
END_OF_DOCUMENT_TOKEN_TO_BE_REPLACED

Posted on October 13, 2016 by thebloggergirls

Blurb:  Black is powerless, but his new opponent might possess the power of the future.

With Black back in Captain Dickerson’s good graces, a sense of calm has descended over the men of JC2. Though Black is still psy-null, Calyx and he have managed to keep the secret from Kard and their enemies…for now. However, it’s a calm before the storm, for Dickerson has a new assignment: hunt down and kill the rogue telepath, Marcus Maze. While on the surface the assignment seems legit–Maze has been murdering the wives of prominent Juxtapose City citizens–Black begins to have his doubts, especially when he learns that Maze was a former subject of Dickerson’s experiments. What had the experiment entailed? How had it gone wrong and produced such a cold, calculating killer? And more worrisome: why does Black feel a kinship with a man seemingly intent on bringing Juxtapose City to its knees?
END_OF_DOCUMENT_TOKEN_TO_BE_REPLACED

Blurb:  Who will pay the price when Black and Calyx crawl back to the JCPD?

Though Black has managed to defuse the escalating war for the time being, he has left himself, Calyx, and the rest of JC2 in a vulnerable position. Friendless on the streets, mistrusted by the police, Black knows that when his enemies come he can present little defense against them…and that is not an option. To keep Calyx out of danger and to re-position himself where he needs to be when the Silent City recovers and gears up for war again, Black decides to throw himself on the mercy of Captain Dickerson. But will the price he have to pay be too much? Or is there no limit to what Black is willing to do to keep the man he loves safe from harm?
END_OF_DOCUMENT_TOKEN_TO_BE_REPLACED

In the clutches of Captain Dickerson once again, Black suddenly finds a reason to remain in the employ of the JCPD: his team has been handed over to another lieutenant, and it’s not Lieutenant Sundhill. Alarmed by the identity of this man, Black knows he can’t leave his teammates to fend for themselves, especially now that the lines of war are finally being drawn in the sand. Worse, Dickerson’s experiments appear to be expanding their focus. Forced to take a side, Black does what Calyx believes is the unthinkable and agrees to lead an army. Is Black leading them all to war? Or is he playing a game with Genesis that could change everything, and which might leave Calyx as the last psypath standing?

END_OF_DOCUMENT_TOKEN_TO_BE_REPLACED

Book Review: A Counselor Among Wolves by Liv Olteano

Blurb: Five dead leaders, their bodies arranged in a pentagram. Treason, lies, and backstabbing. A make-believe affair that turns into a real mating.

Timothy Sands is a PBI counselor, half-fey, half-elf, with a secret crush on Herman Weiss, PBI director. As a new chapter is added to the Leader Murders, it is Weiss’s responsibility to investigate what seems an impossible-to-solve case. The other problem? Weiss is suffering from rages, and his only salvation lies in Tim’s emotional-grid-balancing skills. They only have to pretend to be a couple for Tim to use his talents, and he owes Weiss a big favor. Piece of cake, right?

The fey might be involved in the Leader Murders. Someone on the Council might be their ally, and another prominent PBI figure looks more and more suspicious as they investigate. The stakes are upped when Timothy’s father, the Fey King, threatens to leave the Council destitute if they don’t hand Timothy over to him. Weiss’s brilliant solution? Mating Timothy and forcing the Council into protecting him.

There’s only one small hitch in that plan: instead of protecting one, the Council might decide to get rid of two.
END_OF_DOCUMENT_TOKEN_TO_BE_REPLACED

Someone from Dade’s past is at the root of everything he’s suffered. No way can he let them get away with what they’re planning, but Dade isn’t sure he can stop them on his own. If he doesn’t let go of his isolation and risk the pain letting others in will bring, he’ll never save Caeorleia in time.
END_OF_DOCUMENT_TOKEN_TO_BE_REPLACED

Blurb: Assassin. Soldier. Arrow. That is who Vasic is, who he will always be. His soul drenched in blood, his conscience heavy with the weight of all he’s done, he exists in the shadows, far from the hope his people can almost touch—if only they do not first drown in the murderous insanity of a lethal contagion. To stop the wave of death, Vasic must complete the simplest and most difficult mission of his life.

For if the Psy race is to survive, the empaths must wake…

Having rebuilt her life after medical “treatment” that violated her mind and sought to suffocate her abilities, Ivy should have run from the black-clad Arrow with eyes of winter frost. But Ivy Jane has never done what she should. Now, she’ll fight for her people, and for this Arrow who stands as her living shield, yet believes he is beyond redemption. But as the world turns to screaming crimson, even Ivy’s fierce will may not be enough to save Vasic from the cold darkness…
END_OF_DOCUMENT_TOKEN_TO_BE_REPLACED 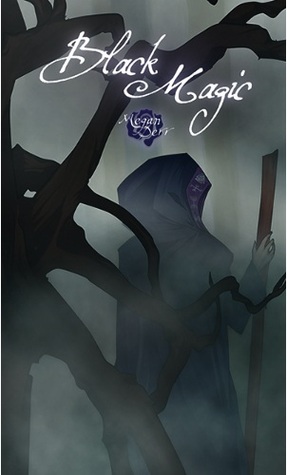 Blurb: When High Paladin Sorin discovers the brutally dismembered body of his cousin Alfrey, a much loved priest in the royal palace, he is left baffled as to who would do so terrible a thing to so good a man. But to find the answer to that question, he must cooperate with one of the highly despised necromancers, men who practice black magic, sleep in graveyards and feed upon souls…

The necromancer Koray, however, is far from what he expected. He is beautiful, stubborn, and possessed of a tongue sharp enough to cut down even the High Paladin himself. Koray is also possessed of a strength like nothing Sorin has ever encountered, and the power of the Goddess herself.

It does not take them long to realize that solving a murder is the easiest challenge they must face, and in order to save a kingdom they must first unravel centuries of lies and misunderstandings. END_OF_DOCUMENT_TOKEN_TO_BE_REPLACED