Blurb: Relationships aren’t rocket science. If they were, I might stand a chance of figuring one out.

Elijah
Saying I’ve had a crush on my best friend’s older brother, Pax, most of my life is like saying the big bang was just an explosion. It’s true, but I’m not sure that quite captures the essence of its true enormity.

I know he’s only hanging out with me because I’m new in town and getting my PhD doesn’t leave me with much time to make friends. And even if it did, my strength is mathematics, not friend-making. What I don’t understand is why he kissed me… why he seems to want to keep kissing me. I don’t think my advanced physics knowledge is going to help me figure this one out. But I think for once I’m okay with not knowing, as long as Pax and I don’t know together.

Pax
He’s still the awkward nerdlet I remember…he’s also probably the cutest, most tempting man I’ve laid eyes on. I know I should keep my hands off him, but this thing between us is like a force of nature. I want to be his first everything. He says we’re nothing more than atoms crashing into each other. I’m no scientist but I don’t think either of us are braced for the explosion.

**** Rocket Science is a stand alone MM romance featuring an inexperienced nerd, a cocky player, and a satisfying HEA****
END_OF_DOCUMENT_TOKEN_TO_BE_REPLACED

Blurb: A science experiment gone wrong gives Justin the body of his dreams. For his best friend Leo it’s the start of a nightmare as he watches the man of his dreams turn from a shy nerd into a party animal. His best bet is to reverse the effects of the lab explosion, but how can he do that when he doesn’t know what caused it in the first place?
END_OF_DOCUMENT_TOKEN_TO_BE_REPLACED

Blurb: Ho Ho Ho! Working over the holidays may be the best Christmas present ever!

San Francisco-based IT consultant Martin Bell is called to Dallas two days before Christmas to calm a nervous client. When he checks into the hotel he’ll call home for the holidays, he can’t help but notice the attractive man behind the front desk.

While checking Manhunt for possible hookups, Martin is surprised to discover he’s chatting up Jose, the hot front desk guy. After an amazing night together and a sexy Xbox marathon, Martin and Jose find they might be headed toward something more than just a holiday fling.
END_OF_DOCUMENT_TOKEN_TO_BE_REPLACED

Blurb: Agent Ignacio Ritter is content serving the CXO, the Central Xenomorph Organization, from the safety of his desk. He has good reasons for avoiding fieldwork like the plague: his parents died in the field, leaving him to be raised among wolf-shifters. Because of his adopted family, everyone thinks he is a wolf, a lie that protects him from the ridicule he’d face if he revealed the truth.

When the charming and dangerous tiger-shifter Agent Reed Daily chooses Ignacio to help close the books on a gang threatening to tear Chicago apart, Ignacio can’t refuse. Perhaps it’s the chance to avenge his parents, or perhaps it’s the tight fit of Reed’s suit and heat Reed’s smile ignites in Ignacio. When the chips are down and the whole city’s depending on him, will Ignacio prove himself a man or a mouse?
END_OF_DOCUMENT_TOKEN_TO_BE_REPLACED

Posted on December 19, 2015 by thebloggergirls

Blurb:  Tristan Green left his small English town for Manhattan and a job at a high profile ad agency, but can’t seem to find his bearings. He spends a lot of time working late at night, eating and sleeping alone, and even more time meandering around his neighborhood staring into the darkened windows of shops. One night when he’s feeling really low, he wanders by a beautiful little bakery with the lights still on. The baker invites him in, and some time during that night Tristan realizes it’s the first time he’s really smiled in months.

Henry Livingston has always been the odd duck, the black sheep, the baker in an old money family where pedigree is everything and quirky personalities are hidden behind dry martinis and thick upper east side townhouse facades. Henry is drawn to Tristan’s easy country charm, dry English wit, and everything that is so different from Henry’s world.

Their new romance is all buttercream frosting and sugared violets until Tristan’s need to fit in at work makes him do something he desperately wishes he could undo. Tristan has to prove to Henry that he can be trusted again before they can indulge in the sweet stuff they’re both craving.
END_OF_DOCUMENT_TOKEN_TO_BE_REPLACED

Posted on February 13, 2015 by thebloggergirls

Blurb:  Senior year of college is for studying, partying, and having fun before getting serious about life. Instead, Chad’s days are filled with headaches and exhaustion, and his fencing skills are getting worse with practice, not better. Then there’s his nonexistent love life, full of girls he’s shunted to the friend zone. Is he asexual? Gay?

Grad student Warren Douglas could be out clubbing, but his roommate is better company, even without kisses. He’s torn up watching Chad suffer, gobbling ibuprofen and coming home early on Friday nights. If Chad weren’t straight, Warren would keep him up past midnight. They’re great as friends. Benefits might answer Chad’s questions.

A brief encounter with lab rats reveals Chad’s illness—he needs surgery, STAT, and can’t rely on his dysfunctional parents for medical decisions. Warren’s both trustworthy and likely to get overruled—unless they’re married. “You can throw me back later,” Warren says, and he may throw himself back after his husband turns out moody and hard to get along with, no matter how much fun his new sex drive is. Surgery turns Chad into a new man, all right…

…but Warren fell in love with the old one.
END_OF_DOCUMENT_TOKEN_TO_BE_REPLACED 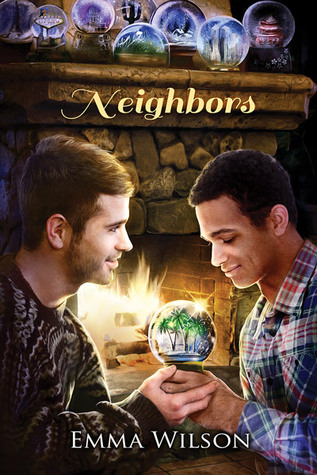 Blurb: Ever since he moved to London, shy editor Eric has been watching his neighbor, Crooked Smile, jog every morning. Aspiring restaranteur Rhys eats breakfast by the window so he can see his neighbor, Bed Head, help the old woman downstairs clean off her car. When Eric’s roommate unexpectedly returns home for the holidays, she realizes their idiocy and, with the help of Rhys’s business partner, Andreas, tries to help both men see there might be more in their futures than they’re seeing through their windows.

END_OF_DOCUMENT_TOKEN_TO_BE_REPLACED

Even though he knows he shouldn’t, Danny’s unable to resist introducing Cash to the wonders of sex. He didn’t expect to get addicted to Cash’s charms.
END_OF_DOCUMENT_TOKEN_TO_BE_REPLACED

Blurb: Milo has a pretty good life: nice house, decent job, plenty of time to devote to the movies and games he loves. He also has a hot neighbor, Lewis, who frequently comes by to drag Milo out of his house. If Milo wishes they were more than neighbors, well, he’s working on it.

Note: This story was initially published in Less Than Three’s That Famous Happy End anthology. It has been re-edited and given a new ending.
END_OF_DOCUMENT_TOKEN_TO_BE_REPLACED 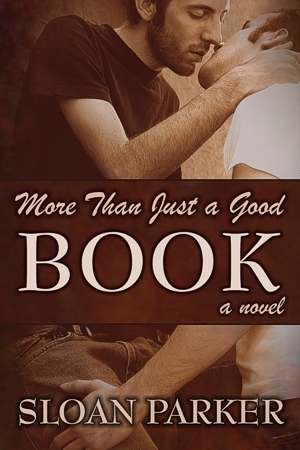 Blurb: Shy, nervous Scott is a big book geek, and fellow student Mark is a bit controlling between the sheets. During one afternoon at the university library, they find they are the perfect match. Now they have to find out if they can keep on proving that some things are even more enjoyable than a good book.

As the two begin exploring their most secret sexual fantasies, neither can imagine walking away. With only one semester left before they head off in different directions, they discover it’s impossible to avoid their growing feelings for each other. When a desperate bully tries to destroy Mark’s chance at the career he’s always wanted and tries to keep him away from Scott, the two lovers must come to terms with exactly what it means to be in love with someone—and how to be brave enough to go after what it is they truly want.

Author’s Note:
This is the expanded, full-length novel. The original, free short story is chapter one of this novel. END_OF_DOCUMENT_TOKEN_TO_BE_REPLACED